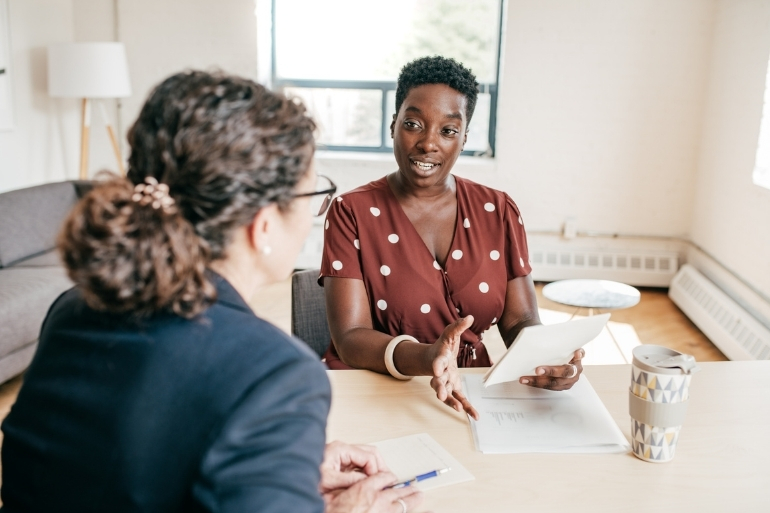 How to Confront People the Right Way

Confrontation is something that most people tend to avoid and dislike, and it is not difficult to see why. It tends to bring up a host of unpleasant feelings, and if there’s one thing people don’t like, it is unpleasant feelings.

Much of society has been conditioned to sweep anything unpleasant under the rug. We are taught to smile at one another’s faces, even when we are unhappy about something; we are taught that confrontation is “bad” because it leads to fighting and discord.

In short, we are not given the necessary tools to equip ourselves with an action that is actually an essential life-skill that many of us should know.

Why Confrontation is Sometimes Necessary

There is a lot wrong with the world, and injustice is a common theme. Both people and animals are oppressed in many parts of the world, and they rely on those who are free to speak out to defend them and right the wrongs committed against them.

But what is it that stops otherwise decent people from speaking out against cruelty and injustice?

Then there is the fear of confrontation on a personal level.

What if you are dealing with a cheater who regularly lies to you? How do you confront a narcissist who engages in manipulative mind games? What if you are being bullied at work but do not know how to defend yourself?

Aside from the fact that this gives the perpetrator an easy path to getting away with their behavior, it can have a terrible effect on you as an individual. It can result in poor self-esteem, depression, sleepless nights, dramatic weight gain/weight loss, intense anger that can implode or explode, and a host of other negative issues that bring you misery. It can affect your relationships with others, your ambitions, and your general well-being.

Do you know when they say that standing up to a bully is the way to get them to stop bullying you? They were right. The question isn’t whether it works. It’s how you do it that matters.

Read this article next: Why All Emotions Are Good Emotions

The days of socking someone in the face because they upset you are over. In modern times, diplomacy and tact are the key skills when confronting someone or dealing with confrontation.

If you study how politicians behave when they are answering questions from the public or when they are confronting someone themselves, you will notice that they do it civilly and diplomatically. They have been specially trained to deal with confrontation because conflict is a way of life in politics.

This is why, even when a politician is being heckled and attacked by members of the public, they will remain cool, calm, and confident.

They have mastered the art of confrontation and found a way to control their emotions, so they do not get the better of them. The politician is always keeping their eye fixed on the long-term goal, and dealing with confrontation is a way of getting to the goal, not the goal itself.

Fans of astrology would be interested in studying the sign of Libra, which is all about diplomacy and tact. Many Librans and Libra Rising signs go into politics because they have these qualities naturally; and, in fact, it is one of the life lessons of Libra to learn how to harness these qualities to help them deal with confrontation and conflict in a beneficial way, because if there is one thing a Libra hates it is conflict.

So if someone is upsetting you or has upset you, how do you confront them? Stewing in anger afterward helps no one, least of all yourself, and staying quiet doesn’t help either because the situation is not being resolved.

Below are ways you can learn to confront people - the right way.

How to Confront People

People who are not used to confrontation can quickly let their emotions get the better of them when they do engage in confrontation. They may scream, shout, cry, run or hide. This is not uncommon if you are unfamiliar with dealing with confrontation.

Furthermore, behaving hysterically during confrontation decreases your credibility in the situation and gives the perpetrator, and others, an excuse to dismiss your claims or concerns.

This is why mastering your emotions is so important. Practicing breathing exercises when you feel a strong emotion coming on or hypnotherapy that trains you to deal with your emotions can be very effective ways of handling your emotions, especially if you are the type of person whose emotions spiral out of control quickly.

When you are cool, confident, and strong during the confrontation, you automatically command people’s respect, which puts you in a stronger position.

2. Call Upon Your Courage

When you master the courage within you, life becomes easier, and confrontation becomes like second nature. Everyone has courage, but whether it is activated or not is up to you.

If you are going to confront someone, which could trigger a host of negative emotions, not to mention hostility towards you from others, you need to be brave to do this! Diplomacy and tact are important, but without courage, how is it possible to harness them?

Start by engaging in little things every day that usually make you feel afraid.

Maybe you are the type who feels too shy to ask a staff worker in a store whether they have something in stock? Work up the courage to ask them. Maybe you feel scared watching something on the news, which can be upsetting? Watch it, if only for a few minutes. This is how you train the courage within you so that eventually, you can call upon it to help you when you need it, such as during confrontation.

3. Make a List of What You Need to Address

One effective way of dealing with a confrontation resulting from something ongoing is treating it as if you were in a court of law.

Let’s say you are being bullied at work. This person makes snide comments to you each day, humiliates you in front of others, belittles you ... this naturally upsets you. Still, it is important to think rationally about having enough evidence to build a strong case against them.

When you have a strong case behind you and the evidence to show for it, you will naturally feel stronger against this person. After all, how can they justify their behavior when all the evidence is there?

The same works in relationships.

If your partner regularly belittles you or lies to you, you can pull out the evidence and confront them with it. People find it a lot harder to refute you when you have facts and evidence on your side. As your notes grow, you will begin to see things from an outside perspective and realize that the way you are being treated is unacceptable.

This will naturally make you stronger too.

Make sure to check out: How to Recognize & Shut Down Gaslighting in Relationships

This is an important part of confronting people the right way. As soon as you lose control of yourself, you have weakened your position in confrontation.

People may say things during a confrontation that get you riled or upset you, so be sure to stay focused on the long-term goal.

Remember, why are you confronting this person?

It is because they are mistreating you or someone else in some way. If you scream, swear and shout at them, it is often counter-productive (though this method can sometimes be a “last resort” if all other methods have failed and the person is too arrogant to accept or address any criticism themselves).

You will also gain the respect of the person you are confronting. A person does not have to scream and shout to gain respect. They may be feared, but it is the person who controls their emotions that has the respect of others.

5. Work on Your Self-Confidence

If you are someone who struggles with your confidence, then working on it is important when dealing with confrontation. If you are not confident in what you say, the person you are confronting will likely not take you seriously or, worse, use it against you.

There are many ways to work on self-confidence, such as using positive affirmations, journaling, and learning to love yourself so that if confrontation arises, you are well-prepared.

Self-confidence is something that many people must work at, and the more you nurture it and help it grow, the stronger it becomes.

Confrontation Doesn’t Have to Be Scary

It cannot be stressed enough how important it is to master the art of confrontation. Doing so makes life easier for you and others around you and teaches valuable lessons to all involved.

There is a school of thought that automatically equates confrontation with something negative. This is not true. When done the right way, confrontation helps to right injustice, both on a personal and global scale, brings greater awareness and empathy to everyone. Confrontation, when done in anger or resentment, is often unproductive and can even backfire.

So whatever situation you find yourself in requires you to confront it, remember that you are entirely capable of mastering this art and confronting people in the right way.

Just practice and believe in yourself, and you are halfway there already. 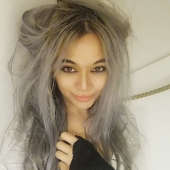 Let it Out: The Health Benefits of Crying

How to Make Decisions Using Your Intuition

How to Recognize Stress & Simple Ways to Deal With It

Your Guide to the Ayurveda Lifestyle

Speaking the Love Languages: The Myth of the In-Love Experience

How to Respond Instead of React in Communication