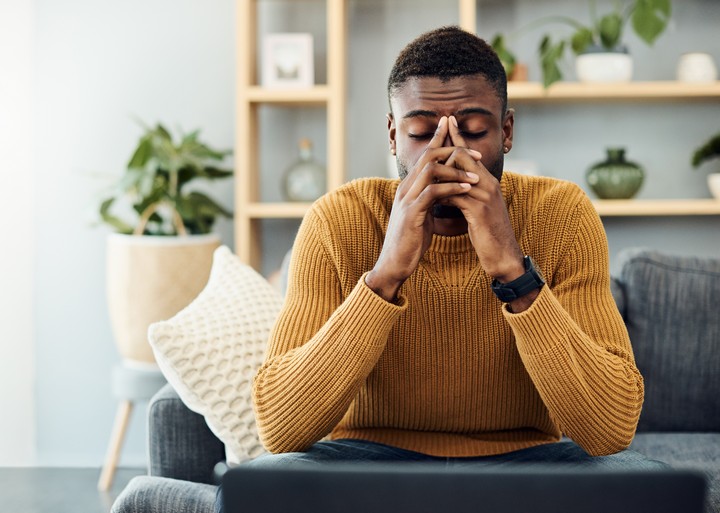 Real Men Don’t Cry: The Truth Behind the Lie

Have you ever heard the term hypermasculinization?

This is a term that refers to the extreme and harmful gender role that has been created and encouraged in our society – the one that makes men feel as if crying is weak or feminine. The gender role that teaches men that they need to be handy, strong, and emotionally silent - and should be hunting, grilling meat, and watching sports rather than developing a healthy relationship to their own emotions.

Today, we’re going to explore the notion behind this idea that “real men don’t cry,” learn more about how this hurts all genders, and how to rid ourselves of this misguided concept.

Where Does “Real Men Don’t Cry” Come From?

When young men are raised as children on the idea that real men don’t cry, they’re told that suppressing their emotions is the masculine thing to do. They begin to act as though they aren’t really feeling their emotions, that they’re “stronger” than their feelings. They can even start to feel like a stranger in their own body.

But the truth is that emotions are part of the human condition. Each human on this planet feels emotions throughout their lives, and suppressing them is harmful to every individual, regardless of gender or sex.

It’s said that men weren’t encouraged to hold back their (natural and normal) tears until the 1800s when the idea that men were to suppress their emotions began emerging. It’s also suspected that the Industrial Revolution played a rather large role in this shift of consciousness.

Another theory is that this trend of hypermasculinity was created by corporations to drive sales.

It is evident that this “ideal” exists in advertisements. After all, it might be harder to sell products aimed towards “manly men” without creating the idea of “manly men” in the first place. These are the same kinds of advertisements that used to be aimed towards women to help them find a husband, and the results are just as catastrophic.

This is one of the biggest and most harmful lies that we can program into boys and young men’s minds.

This idea strips our culture, strips individual men, of the balance between strength and vulnerability – the balance needed to recognize that being strong and having emotions are not, nor have they ever been, mutually exclusive.

It’s time to embrace your true self. Make sure to read: 3 Ways Ways to Improve Low Self-Worth

Hypermasculinity is encouraged from the moment that boys are born. They are traditionally given trucks and G.I. Joe action figures at a young age and discouraged from playing with dolls, dresses, or anything that might be considered “too girly.”

These harmful ideas are introduced into the subconscious of young men often before they can even speak. Aggressive contact or sports are encouraged while embracing a desire to host an imaginary tea party is inhibited.

Often, when young boys show an interest in more emotional or creative endeavors, they’re told that those pastimes are not for boys but girls. Young children are given rigid gender roles, guidelines, and social norms to follow before they’ve even had a chance to discover what toys and activities they like for themselves.

Being discouraged from exploring and expressing your emotions at such a young age creates a disastrous concept of emotions.

When you’re told that emotions are for the weak, the vulnerable, or simply for women, you’re encouraged to judge not only yourself for experiencing them, but you’re also faced with the pressure to judge other men for being sensitive or upset.

This leaves men with the feeling that they have no one to talk to, that they won’t be accepted if they share their feelings with others. And when the body and the mind learn to suppress emotions consistently, it can lead to countless adverse effects, like substance abuse, depression and anxiety, aggressive behavior, self-loathing, and even more emotional reactions.

That’s right – attempting to suppress the emotions can make the need for them to escape the body stronger than ever, which can lead to emotional outbursts.

Another detrimental effect of this notion that emotions are weak – and that women are emotional – is the belief that women are inherently weak. This creates a huge gap between not only men and women but those who are non-binary, transgender, or gender fluid.

These rigid gender roles create the belief that there are two genders and that we all belong to one – with men being strong and silent and women being weak and emotional. However, the truth is that the concept of gender exists on a spectrum, and we don’t all fall neatly on one side or the other.

Every human alive is entitled to not only feeling but expressing their emotions in healthy ways. Humans are pack animals, and we need the support of friends and family to stay balanced and healthy.

Don’t forget to read: Why All Emotions Are Good Emotions

As younger generations grow into their own philosophical ideas, and with social media’s help, we see more and more subcultures coming forward to embrace sensitivity in men and deny the endorsement of hypermasculinity on a global scale.

Men are becoming more comfortable in spaces that used to be labeled as “feminine,” like yoga studios or beauty salons. Men are beginning to open up to their peers and share their feelings with other supportive men. Social media helps us understand more about this experience, bringing us closer together and helping us collectively work to dismantle these rigid gender roles.

While we still have a long way to go, our culture is shifting toward equality, toward acceptance, toward community, and respect. In fact, men’s makeup is on the rise, and they’re finally starting to be able to enjoy the self-expression that cosmetics can bring.

This denial of hypermasculinity – which is sometimes referred to as toxic or hegemonic masculinity – might remind you of the rise of feminism and women’s demands for equality. And the equality that women have been searching for includes men’s ability to openly and freely express their emotions without fear of being shamed or judged.

If we can stand together as a culture and continue to disassemble these harsh and harmful gender ideals, we may see a continued trend towards androgyny, open conversations about gender identity and roles, and the acceptance of the gender spectrum all live on. We can see the beginning of this trend with the onset of more gender-neutral public spaces, toys, and fashion, and while that is exciting in itself, it is also only the beginning.

Many new parents choose to raise their children in gender-neutral environments, neither encouraging nor discouraging a child’s desire to play with certain toys or dress in a particular way that might go against typical gender roles.

We even see a rise in gender-neutral pronouns, like “hen” or “ze,” making it possible to create a more gender progressive era in the future.

Emotions are part of who we are as human beings, and no one should be told to fight or suppress them.

It’s time that we come together to let our men know that they can and should cry when they feel like it. They can trust us to support them when they’re feeling vulnerable, and they can have faith in the fact that their vulnerabilities won’t be seen as weakness.

It’s time to let go of these rigid gender roles and say goodbye to the trend of hypermasculinity that has been far too prevalent for far too long.

Trash to Treasure: All About Upcycling

Level-Up Your Workout with Resistance Bands