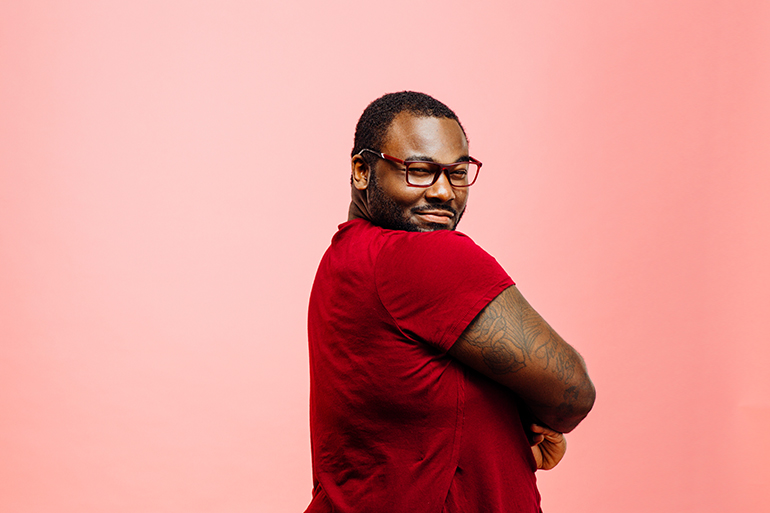 I have a proposition, but first, I’ll let you know a secret: Men face many of the same issues as women do in relation to body positivity and self-esteem.

It’s time we talked about them.

Yes, I’m aware of how that sounds and how the typical reader will react to this sentiment, but stick with me! Today as we raise awareness of men’s body positivity, let’s talk about how we can make active changes rather than just checking in on various social media platforms and news outlets to see flowery language and no real change.

Okay, time for the proposition!

Let’s Be Proud of Our Bodies, Boys

Dudes, be proud of your body, you only get one of them. You can make changes, you can shed some pounds, gain pounds, cut/grow your hair, color it or embrace the greys… This list is endless, but I challenge you with a question you may have never before: Why do you feel the need to change yourself?

The number one thing I hear the most about the disparity between men and women’s appearances is, “Men get to age gracefully, women have to keep working at it.”

This sentiment is confusing to me, as it seems ridiculous to assume that men don’t have to do anything, leave it up to chance, and somehow look like Donald Sutherland or the Dos man when we’re older. Why does this idea exist?

While you don’t have to spend hours on your appearance, we should never make the mistake of assuming our self-image doesn’t take work, because it truly takes a lot. This work isn’t just on the outside, as there is a lot of inherent pressure in being a man (or a woman), we have to work at loving ourselves on the inside and outside.

Men often face about their and therefore to keep their feelings about it bottled up. For example, here are some phrases I’ve heard in the last few weeks alone that I have to bite my tongue about.

You get the picture, right? I could go on all day. I know you thought about it while reading those, so consider, how many of you have said any of these?

Yes, personal taste is a thing and you don’t have to to everyone and everything, but I think we should take a moment to consider what thoughts run through a man’s mind when he hears something like that. If you’re on the shorter side and all day you hear that people want a tall man, owreak havoc on your self-esteem. In the end, we become conditioned to believe a negative image of yourself based on something you can’t change.

The Difficult Truth about Male Self-Image

To the outsider, it seems very easy being a man. I’ve heard the joke a million times: “All you have to do is take a shower, throw on some jeans and a t-shirt, and you’re good to go.” And I sit here and pretend that there are no advantages to being a man, this isn’t a sob story.

of us face the same societal pressure to be the masculine archetype we all see in magazines: a great body wearing a great suit, great watch, great hair, chiselled jawline; For every Beyonce someone is jealous of, there’s a Hugh Jackman that makes looking in the mirror hard for men of all ages.

From a very young age, that being a man boils down to things: boys don’t cry, cram it back in, showing emotion is for the weak. Toxic masculinity is a real thing that still exists. A 2018 Vancouver based study estimated that nearly ⅓ of men have struggled with an eating disorder in their lives. Muscle dysmorphia, anorexia, and other issues caused by unattainable standards in media that can affect men.

There is immense pressure in being a man and live up to what people see as “manly” can be a real factor in men’s anxiety and depression.

It’s being a man, especially seeking treatment and wellness in a female-focused space. For anyone raised within toxic masculinity is less likely to ask for help or feel like they can become body positive.

Related Article: What You Need to Understand About Body

The point of this article isn’t to compare experiences or deem that one group has it harder than another. The point of this is to let you know that embracing your body, being positive, and being the best version of yourself (whatever that might be) is just as important an issue for men as it is for others.

Know this: You are never alone in your struggles, we’re all human and we all seek to improve ourselves on the inside and out, and accepting what is within every one of us is infinitely more important than anything you could buy in a store.

Remember that reaching out is not a weakness, loving yourself is not unmasculine, and you are beautiful.

Read next: 5 Body-Positive Social Media Accounts You Should Be Following 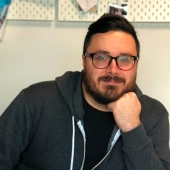 Nicolas Raines is a jack-of-all-trades and a master of none and hates the question, "So, what do you do?" When he's not making a living as a graphic designer, he dabbles in filmmaking, cooking, hockey, music, writing, traveling, and annoying his very patient and loving wife. After a very boring... Read More

Selfies & Self-Love: What Selfies Can Do for Your Self-Esteem

Are You An Empath?