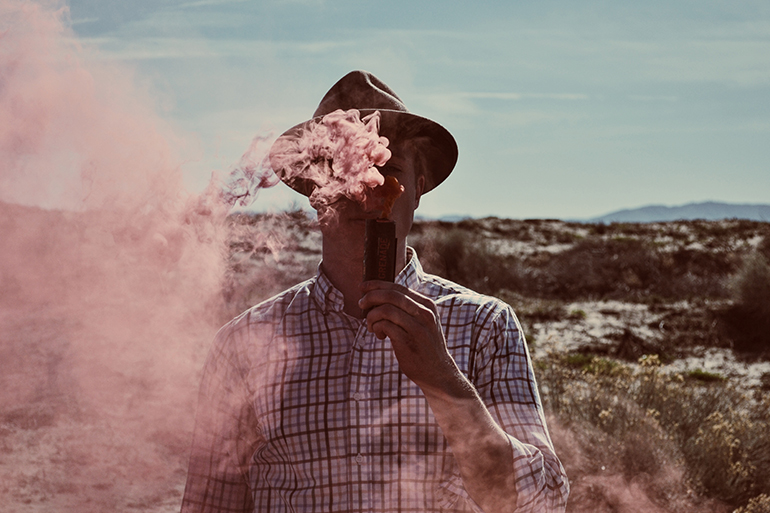 Dopamine Fasting: Should You Try It?

Dopamine fasting sounds like a crazy science experiment and in a way… it sort of is - minus the crazy scientist.

So, What is Dopamine Fasting?

Dopamine fasting is the new wellness trend - and possibly fad - gripping the Silicon Valley. Where mental health has taken center stage, some of us have begun to go to great lengths to keep it in check - including dopamine fasting.

And get this: If you’re addicted to your smartphone or generally instant gratification, it’s time to listen up. You might need a dopamine fast.

Alright - back to the question at hand: What is dopamine fasting?

In the most simple form, dopamine fasting is abstaining from anything that can cause a dopamine release. This includes avoiding most experiences that you gain pleasure from, including - but not entirely limited to - certain foods, sex, videogames, TV, social media, and talking.

Essentially, you’re avoiding stimulation during this set time, which means anything that might spike your dopamine levels is a no-go.

The idea is that by doing this ‘fast’ a person can reset their brain’s reward system. And this reward system is driven by (you guessed it) dopamine.

Why does dopamine matter?

Dopamine is your fuel behind motivation and reward. It’s why you do something about the things you do. For instance, maybe you reach for that glass of wine after a tough day - reward! Dopamine fires off. And your brain associates wine with reward and feeling good.

And yup, over time, that reward dwindles… But that’s where it becomes a problem. Instead of having just one glass of wine, you have the whole bottle. You need more of that small thing to feel gratification.

Realistically, we are all looking for ways to cut our bad habits - and do it fast. Interestingly, dopamine fasting might help you do that. After all, research does indicate that by having a plan or procedure in place and simply avoiding something, it might help you quit an action you don’t want to keep doing. And all it might take is a few times of saying “no” or a couple avoidance techniques. A dopamine fast, again, helps with this!

It’s about saying no to temptation - despite how badly you might want it.

Should You Try a Dopamine Fast?

Ultimately, you can resist temptation without taking it to extreme lengths - like dopamine fast does. For instance, becoming more mindful by meditating regularly or proactively seeking out self-care strategies and techniques, you can halt temptation before it starts to even bother you.

So, if you’ve got a few other mindfulness tricks and techniques in the bag, you might not need to dive into a full dopamine fast.

But if you’re feeling out of control… Or you’ve admitted it: You’ve got a social media problem and a junk food problem and a wine binging problem… A dopamine fast could help you climb out of that hole - or at least give you a little boost.

And you don’t need to go all in. It can involve simply cutting out a few vices or habits that you’ve noted are becoming a serious problem.

The Benefits of Dopamine Fasting

So, what kind of benefits can you expect?

1. It can help you feel more relaxed.

It may contribute to a decreased need for that thing - whether it’s chocolate, social media, or wine. Ultimately, it might even bring more balance into your life. It gives you space to just be and not feel stimulated (which in today’s world is becoming more and more difficult).

… before they become a bigger problem. Acknowledge what you need to change or decrease in your life. Then, do it. Cut to the chase. Don’t wait for years to pass you by. You don’t want to be looking back thinking you should’ve done this… or that… Get to rebalancing yourself and your life right now.

Related article: How to Take the First Steps Toward Healthier Habits

3. You may start to appreciate the little things again.

When we get so caught up in the world, we forget to stop and smell the flowers - literally. We don’t appreciate the world around us or what’s right in front of us. We get negative and upset easier and faster. Yet, by focusing on appreciation, you can find happiness right in front of you.

4. It can bring fun back into your life again.

I’m serious. Things get mundane… but when you can’t do them, they sound a little more enticing. After abstaining from a few vices, you will find a newfound appreciation for things and you might be able to have a little more fun in your life. It’s all positive!

Again, it doesn’t have to be extreme. You don’t have to cut everything out of your life that causes increased reward. It could simply be the stuff in your life that you aren’t appreciating or are even causing you harm.

For example, try cutting out watching Netflix or looking at social media for a week or a day. See how you feel. Or pick a few foods you want to avoid and you know are bad for you, avoid them for a week. Again, see what happens and see how you feel.

Want to dive into the world of gratitude? Discover these 20 things you can be grateful for right now.

Finding Self: How to Separate Your Identity from Your Career

Why Do I Feel Resentful in My Relationship?

The Important Link Between Food & Sleep