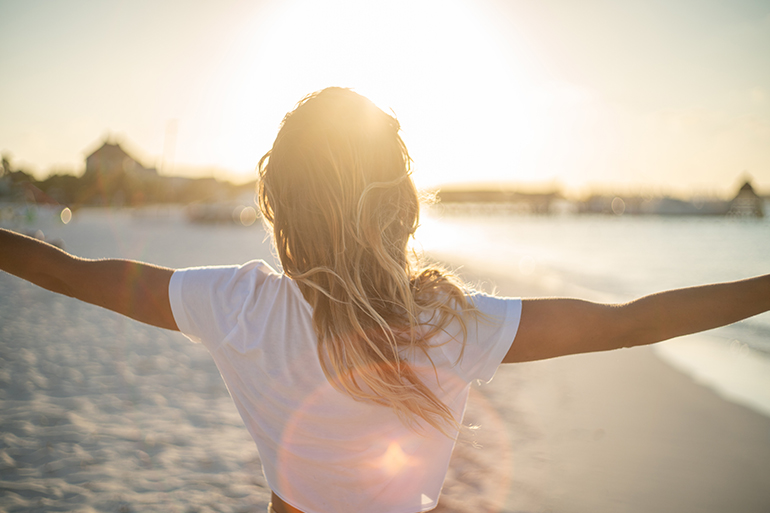 Intuitive Leaders: 10 Incredible People Who Have Successfully Trusted Their Intuition

Do you follow your heart? Do you trust your intuition and let it guide you? If you answered “No,” then the following read is for you.

In a world full of doubt, it can be tough to trust your own instincts. You may find it difficult to determine whether your instincts are based on reality or anxious tendencies, making it even harder to know when it’s time to trust your gut and make moves.

We live in a society that demands facts and proof that a certain plan will work, evidence that it’s worked in the past. In fact, if you were to tell people that your strategy in life included following your intuition when it comes to making decisions, you might be scoffed at or even ridiculed. This is not a valid reason to ignore a hunch.

If you were to decide right here, today, that you want to connect more deeply to your heart and allow it to lead you, you would be following in the footsteps of some of the most driven, successful people of all time.

Today, we’re taking a look at famous and 10 wildly successful people who followed their instincts and found that this was the key to moving towards happiness and progress. Keep reading to find out why trusting yourself and following your instincts are the keys to finding success in life.

What is Intuitive Thinking?

You’ve heard of intuition, but can you recognize it in yourself? Before we learn about individuals who connect to and follow their intuition, let’s define the word “intuition.”

Have you ever felt an emotional reaction so strongly that you just knew you had to be right without any further proof? This is your intuition speaking loud and clear. This is your gut telling you that something is amiss or that there is another path you should follow.

When you learn to focus on these feelings and follow them, you’ll discover that you’re likely far more intuitive than you initially thought.

Successful People Who Trusted Their Intuition

These 10 incredible individuals did not let society’s view of instinctual behavior stop them from following their gut. In fact, some of them credit their intuition as the reason for their success!

Generally, intuition and science are not thought to go hand-in-hand, so it’s best to start this list off with a man of science himself. Albert Einstein is perhaps most well-known for his development of the theory of relativity.

In an article titled, “Einstein on Creative Thinking: Music and the Intuitive Art of Scientific Imagination,” Robert Roost-Bernstein writes, “For Einstein, insight did not come from logic or mathematics. It came, as it does for artists, from intuition and inspiration.”

As Einstein himself put it, “I believe in intuition and inspirations. I sometimes feel that I am right. I do not know that I am.”

If Einstein, a person who deeply valued scientific proof, also found value in following his intuition, there must be something to it.

David Lynch is an American filmmaker who has created such films as Mulholland Drive, Blue Velvet, and Lost Highway. While his unique and eccentric vision may not appeal to everyone, he remains wildly successful and revered.

On following your gut, Lynch said, “Intuition is the key to everything, in painting, in film making, business – everything.” Further, Lynch posits, “I think you can have an intellectual ability, but if you can sharpen your intuition, which they say is emotion and intellect joining together, then a knowingness occurs.”

Imagine how deeply connected to our intuition we might all be if it were universally considered the marriage of emotion and intellect, rather than merely a feeling.

Read next: Why Is Mindfulness So Difficult? (& What to Do About It)

Oprah Winfrey is one of the most successful women on the planet, with a net worth of $2.6 billion. She’s a philanthropist and a queen of media, and she was ranked number ten on Forbes’ list of America’s richest self-made women. Winfrey did not come from a wealthy family, but rather grew up poor and experienced a challenging childhood. Despite this, she’s made quite a name for herself.

Think, are you going to let the noise of the world drown out your own voice?

While Churchill was dining at 10 Downing Street in London one evening, the moment was interrupted as a German bomb landed near the location. Churchill told his staff to leave the kitchen immediately. Shortly thereafter, another bomb fell and landed exactly where his staff had been.

Churchill’s intuition saved the lives of people he worked with and cared about.

What would have happened had he told himself that it was just anxiety or nerves?

Many of us would feel lost without our iPhones, an invention of the late Steve Jobs, who also co-founded Apple. Jobs was so focused on his vision that he wore the same outfit each and every day to avoid distraction.

After spending time in India and following the teachings of Zen and Buddhism, Jobs realized how important our intuition is for guiding us along the right path.

Mirroring the sentiment of Oprah Winfrey, Jobs said, “Don’t let the noise of others drown your inner voice.”

Imagine where we would be if Jobs had allowed his instincts to be smothered or silenced. Without the contribution of Jobs’ vision to society, we would have been left without apps like FaceTime to help us connect during a global health pandemic.

Tesla was the inventor of the Tesla coil, the very thing that allows the wireless technology that powers our iPhones and MacBooks. Tesla was said to have possessed “remarkable imagination and creativity as well as a poetic touch.” Here we find another man of science who was guided by his instincts.

While the words may differ, Tesla held a similar sentiment to that of Jobs and Winfrey, stating, “Be alone, that is the secret of invention; be alone, that is where ideas are born.”

When you spend time in solitude with your own inspiration and intuition, it’s much easier to hear the wisdom flowing from your core and avoid allowing it to become drowned out by the doubt of others.

Richard Branson is an entrepreneur, philanthropist, and founder of the Virgin Group with a net worth of about $4.8 billion.

When asked about intuition versus logic, Branson said, “I rely far more on gut instincts than researching huge amounts of statistics.”

As he is often quoted, Branson believes that not everything can be summed up in a statistic and that intuition is the way to go in order to feel out the best path/result.

It looks like following his intuition has more than paid off for Branson.

It doesn’t matter how old you are – there is an excellent chance that you have at least heard of the Beatles, the band that brought rock and roll into the daily lives of people around the globe. One of the band’s lead singers, Paul McCartney, is a man who was also led by his intuition to create something of a genius.

McCartney heard a tune in his dreams one evening, which he described as “the most magic thing!” However, he was concerned that this song sounded too different from The Beatles’ original sound and feared that it would not be well-received.

He let those doubts flow out of his consciousness and followed his intuition, and one of The Beatles’ most popular songs, “Yesterday,” was born.

You’ve probably seen a few of Spielberg’s most famous films, like Jurassic Park, Jaws, and E.T. In fact, many of our adolescent experiences would be markedly different without the works of Spielberg to help us transcend reality for an hour or two.

As a director, trusting your gut to create your artistic vision is part of your job every day, and no vision is more in-tune with instinct than Spielberg’s work.

Your intuition is an inspiring force that opens your mind to new ideas and possibilities.

Jonas Salk was a medical researcher based in the United States who developed the polio vaccine in 1955, saving countless people across the globe. While the field of medicine relies heavily on science, Salk was more interested in allowing his intuition to guide him.

While it may be difficult to follow the guidance of an unknown force, Salk was not dissuaded.

On intuition, Salk has said, “This is mysterious. I cannot visually, with my physical eye, see the forces that act upon me from within and without, and yet I cannot deny their existence. If I try, I suffer. If I surrender, allowing them to act upon me, and if I work with them, I feel exhilarated; I become filled with the joy of life.”

Isn’t it about time to surrender to your own intuition?

Deepening your connection to your intuitive center will help you realize when a certain project, career, opportunity, or path is right for you and allow you to follow that feeling. Don’t allow your intuition to be washed away by the fear or doubt of others; rather, develop those instinctual feelings and see where they lead you.

Only you know what is right for you.

Related Article: 5 Creative Practices that Will Help You Discover Your Intuition

Decisions: 3 Strategies to Leverage Your Power of Choice

Why Is Empathy So Important?