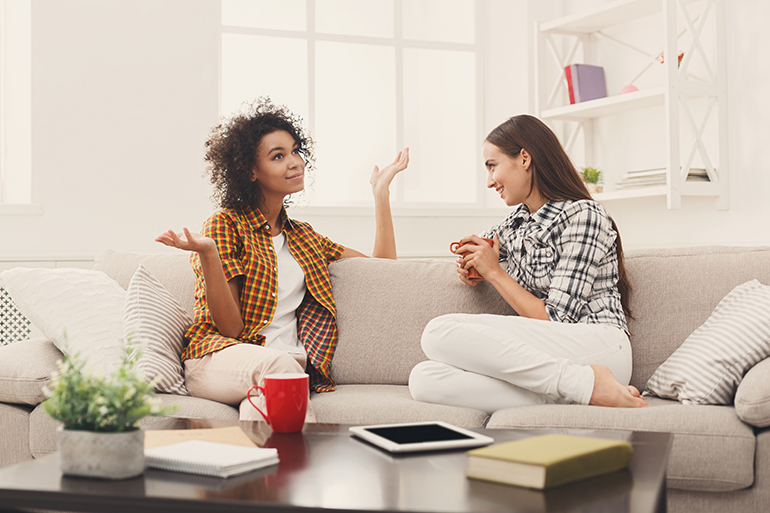 For many, sex is a private, personal and secret affair. It’s also something that men and women around the world tend to be incredibly insecure about. In this article, we discuss the self-doubt that many people – especially men – harbour when it comes to sex. We also give you some statistics which might help ease the pressure, particularly if you believe everything that your friends say about sex! First, let’s talk a little bit about overcompensation.

A child who is bullied copes with his feelings of inferiority by training to become a bodybuilder. A little girl is made to feel ugly and socially awkward, so she pours her energy into her studies and comes out on top of her grade. Overcompensation is a defence mechanism originally described by the psychologist Alfred Adler. The idea is that you make up for a weakness in one area of your life by emphasizing your strengths in another area.

How does this relate to sex? We’ve all doubted ourselves when it comes to sex: does my body look ok? Am I big enough, curvy enough or properly groomed? Do I smell ok? Am I ejaculating too soon or am I taking too long? Am I satisfying my partner?

How do we defend against (i.e. cope with) all this insecurity? We overcompensate by making comments to our friends which leads them to believe that we’re sex gods! This helps us feel a little bit better about ourselves. However, this sort of talk also perpetuates a whole lot of myths about sex. These myths, in turn, make others feel more insecure about their own sex lives.

It’s doesn’t take a Ph.D. to guess that us men are most likely to lie about our bedroom abilities! Nonetheless, for good measure here’s an article published by a group of people with Ph.D’s. It confirms that men are notoriously unreliable when it comes to talking about their sex life – they exaggerate the number of women they have slept with. Why?

The researchers say that one possible explanation is that men lie to keep in line with gender norms – i.e. the idea that it is manly to have many sexual partners. They’re overcompensating, in other words. Of course, us men are not entirely to blame. But we’re certainly responsible for many of the problematic sex myths that abound.

Don’t believe everything that your friends tell you about sex. Rather, consider these science-backed stats that will allow you to view sex in a more realistic and healthy way.

1. Couples don’t have sex as often as you imagine

How often a couple has sex varies on the basis of factors such as age, physical health, cultural factors, personal sex-drive differences and the quality of the relationship. On average, however, research suggests that couples in long-term relationships aren’t getting it on quite as often as one might think.

For example, in one study, about a quarter of the respondents said that they had sex only once a week. The majority of the participants only had sex once or twice each month. In other words, if you’re not getting it on every day, don’t worry, this is the rule and not the exception!

2. Sex doesn’t last as long as you think

Recently, surveys have sought to determine just how long sex lasts – the science might surprise you. One study showed that “normal” sex lasts between 3 and 7 minutes. Another study suggested that the average duration of sex is 8.2 minutes, and yet another study suggests that most couples go at it for 5.4 minutes at a time.

What percentage of women would you say always orgasm during sex? The answer, according to a Finland study, is that only 6 percent of women report always climaxing from penetrative sex. By contrast, 38 percent of the women interviewed said that they orgasm “infrequently”.

In other words, the notion that sex always ends in an earth-shattering orgasm for both partners is yet another myth. However, another study tells us that more than a third of women need clitoral stimulation to climax. The message is that you should stop worrying about the fact that penetrative sex isn’t moving the earth. The science says that the clitoris is key and foreplay, therefore, is your friend.

Listen to Science… Not Your Friends!

For most men and women, insecurity is natural – so is overcompensation. Especially when it comes to sex, many of us feel inadequate. This leads people – men in particular – to inflate and exaggerate when they talk to their friends about sex. Unfortunately, these myths can be harmful, creating more and more self-doubt. Look after your self-esteem and avoid buying into sex myths that are founded on insecurity. Do this by taking your friends’ stories with a pinch of salt!

Daniel Sher is a registered clinical psychologist, practicing in Cape Town South Africa. He serves as a professional consultant for the Between Us Clinic, which provides sex-therapy online programs. A component of his training and practice involves working in the context of sexual and sex-related issues. Practice aside, Daniel is... Read More

How to Make Nachos with Baked Sweet Potato

5 Things We Need to Keep After Quarantine Fades