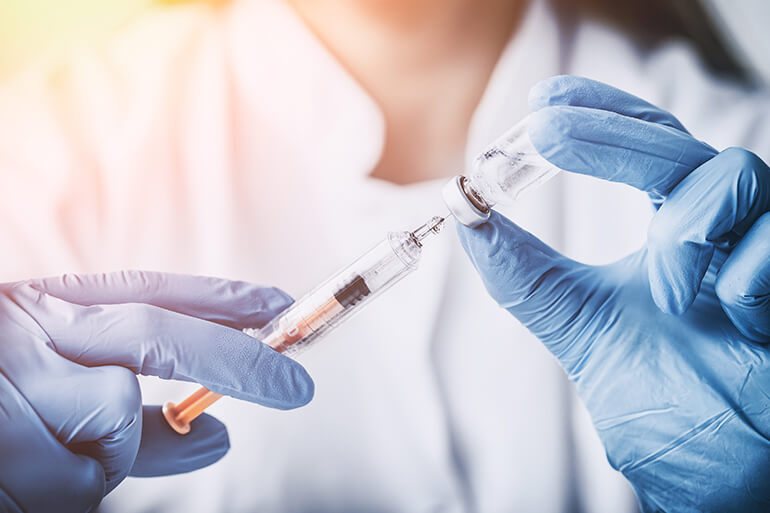 The Vaccine Debate - Should You or Shouldn’t You?

Measles. It’s something we don’t think about. We’re all vaccinated against it - right? So, why worry?

In the UK, the first half of 2018 had nearly double the number of measles cases when compared to 2017. Some experts point the finger toward the semi-popular trend of parents who don’t vaccinate their children.

While vaccines do come with their risks, doctors and health experts alike highly recommend them. Yet, there appears to be a new wave of parenting taking place - parents who refuse to vaccinate their kids.

So, what’s the deal? Healthwise, is there a reason you shouldn’t be getting your kids vaccinated?

Let’s see what science has to say about the matter.

Vaccines are surprisingly the reason behind the eradication of many diseases. Eradication means that there are zero or almost zero new cases of the disease being reported. It’s good news. It means there’s less out there threatening our lives or our children’s lives.

Vaccines are responsible for the eradication of smallpox, rinderpest, polio, and more from various countries worldwide. It’s part of the reason why the human race thrives.

And vaccines have been around for hundreds of years. The first smallpox vaccine was created in 1798. In 1979, global eradication of smallpox was announced. It was huge.

Throughout the 1900s, new vaccines were fairly common. It led to a healthier global population. And it’s why from birth, we are provided with a little health help in the form of regular vaccinations. We’ve managed to keep tons of diseases at bay because of them.

Some experts like to call vaccines the “training course” for our immune system. You get a little dose of weakened or dead versions of the disease. This means you don’t get sick from it, but it enables your body to build up the proper defences so that you never do get sick - even if you were to come across it again. Your immune system remembers them and is able to fight it off before it becomes a problem - meaning you are immune from it.

So, why are some people so scared of vaccinations?

Surprisingly, these people aren’t crazy like many of us may think. In fact, their concerns are real, and they are based on preconceived beliefs or experiences.

Further, delaying your child’s vaccination can lead to them contracting a serious form of the disease before then. The regular vaccine schedule was created to maximize the effects and reduce the likelihood of someone getting sick. This is based on decades upon decades of research conducted by worldwide experts.

Another problem? Many cling to the idea that the flu vaccine changes from year to year. They then apply this knowledge to other vaccines. However, the flu constantly changes. Smallpox and other used-to-be common diseases haven’t changed in centuries. At the same time, the flu vaccine reduces someone’s risk of getting sick by 50-60% - totally worth it.

Some also argue that the risks of vaccines outweigh the benefits of actually getting them. In fact, the regular vaccines you receive as a child go through lengthy research and study processes before anyone from the general population receives them. For just 1 vaccine to reach the general public, it takes 10-15 years of testing. It is first tested on adults, then children.

It is also worthwhile to mention that most people wouldn’t invest in a vaccine or vaccine research if it was proven or found to have many detrimental health risks. It would be axed and sent back to the drawing board - or it would be left unfunded and abandoned.

Another downside? Most public school systems require proof of vaccination. Your child won’t be allowed in the school system without them.

So should you or shouldn’t you? Let’s take a look at the stone-cold facts here.

Yet… These diseases still exist - even though no one really gets them anymore, which is why vaccines are important.

Side effects from vaccines are not more common in babies than young children. The risk is the same, meaning getting vaccinated on schedule is a good idea.

The MMR vaccine does not cause autism - contradicting popular belief. There is no proof of this, scientifically or otherwise.

Breastfeeding is in no way a replacement for vaccines.

1.5 million children die every year from diseases that have vaccines. Some places do not have these vaccines readily available and unfortunately, many children pay the price.

If we were to stop vaccines, these deadly diseases would return.

Vaccines are the safest way to get immunized against disease.

Most vaccine risks or side effects are minor. For example, your arm may be sore after receiving a shot.

A mercury-containing compound, called Thiomersal, is found in some vaccines and is used for preservation. However, no evidence has been found that there is any health risk involved.

Vaccines are Proven to Work

But, it’s important to know the facts and do your research. Vaccines save lives - they really are one of the greatest inventions ever created. Many of us wouldn’t be here today without them. In Canada, all vaccines are voluntary. Make a health-wise decision. Seek out health help if you need it or if you need clarification. The experts know best.

At the end of the day, the healthcare system is there to protect and help you. Vaccines were invented to help - not tear us apart. Get the facts and make an educated and safe decision about your and your child’s health.

All About Vitamin C: The Heroic Vitamin

7 Teas to Balance Your Chakras

Start a New Season with a Social Media Detox