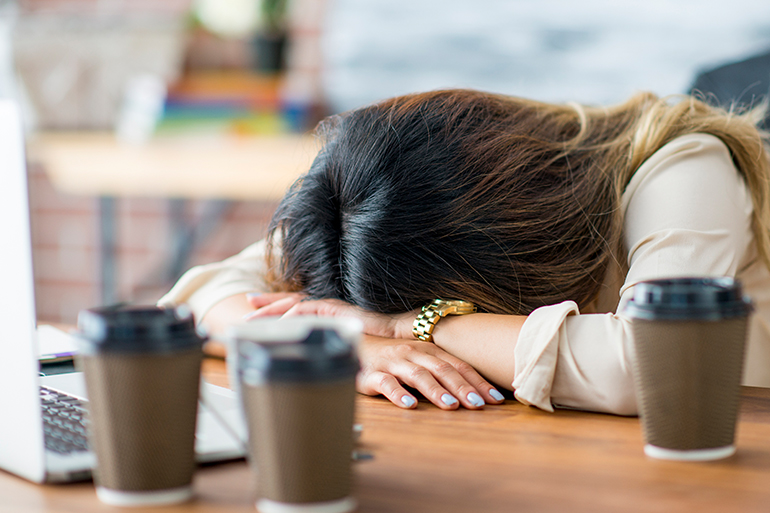 Sleep Debt: The Consequences of Sleep Loss on Your Mind & Body

Sleep deprivation is a major health issue due to its far-reaching consequences on your mind and body, and it is all too common in our fast-paced society.

According to the National Center for Biotechnology Information (NCBI), around 30% of the world’s population reports difficulty initiating sleep, difficulty maintaining sleep, waking too early, and non-restorative or restless sleep.

Although this percentage is less than half of the population, insomnia still affects tens of millions of people worldwide. Insomnia is only one of over 70 sleep disorders that affect 80 million Americans alone, according to the Alaska Sleep Foundation. The following are some alarming sleep facts regarding the other three most common sleep disorders.

There are three common sleep disorders that comprise the majority of officially-diagnosed sleep issues with which people struggle.

Sleep apnea, the first we’re going to discuss, is also known as obstructive sleep apnea (OSA) and it affects approximately 20 million Americans. It’s estimated that as much as 80% of people with OSA might not even know they have it.

The second, Restless Leg Syndrome (RLS), is a neurological disorder characterized by an overwhelming and persistent need to move one’s legs, usually when the individual is at rest, that affects around 10% of adults and 2% of children to varying degrees.

Narcolepsy, the third disorder, is associated with brain dysfunction in controlling one’s sleep/wakefulness cycle and affects more than 200,000 Americans. The most common side effect of these three disorders is sleep deprivation.

Other Causes of Sleep Deprivation

Sleep disorders are not the only causes of sleep cycle disruptions. There are numerous other factors that can contribute to poor sleep health. Some of the more common include:

The bottom line concerning these statistics is that sleep deprivation is a concerning health risk that results in far-reaching consequences on the minds and bodies of millions of individuals.

Consistent lack of sleep affects your immune system by decreasing your body’s production of protective proteins, known as cytokines, which are released during sleep. In addition, when going through periods of little rest, your body doesn’t produce adequate amounts of infection-fighting antibodies. You need sleep to fight off infectious diseases, in other words. In addition to transmittable diseases, sleep deprivation also puts you at higher risk for diabetes, obesity, and cardiovascular disease.

During REM sleep, your blood pressure, body temperature, blood pressure, and breathing increase as you are dreaming. It is during this period of sleep that memory and learning are enhanced and your brain processes emotion. With sleep disruption, neurotransmitters and stress hormones go haywire, which impairs emotional regulation and cognition. Hence, lack of deep sleep worsens the effects of mental health disorders, and vice versa.

A recent poll by National Sleep Foundation’s Sleep in America found that 37% of Americans admit to falling asleep at the wheel during the past year. Usually, when people are driving on excessive lack of sleep, they can’t tell when or if they are going to fall asleep, making groggy driving even more dangerous.

There are several connecting factors between lack of sleep and cognitive function. Sleep loss interferes with the ability of neurons to process visual input and encode information into conscious thinking. This slows down reaction times, decreases memory, and makes basic multitasking difficult.

When your body is low on these hormones, which include dopamine, serotonin, and cortisol, your brain is always in a state of activation. In other words, you will find it hard to relax and wind down, further lowering your chances of getting a good night’s rest.

The relationship between sleep and heart health is another complicated one, and is partially linked to hormonal imbalance. In addition, an indirect link exists between heart disease and lack of sleep - obesity. The overall connection involved here is poor sleep can result in obesity, which increases your risk of cardiovascular diseases.

According to sleep specialists, sleep-deprived individuals report having lower libidos. This is presumably due to sleepiness, increased stress, and depleted energy. However, men with sleep apnea may face another factor in low sex drive. A recent study in the Journal of Clinical Endocrinology and Metabolism revealed that men with sleep apnea secrete low levels of testosterone when sleeping.

Here are a couple of sleep hacks to ensure you get enough quality rest.

Committing to daily meditation sessions or a sleep meditation practice can be very effective in getting more quality sleep. Meditation serves to quiet your mind and lower stress levels, as well as making you more aware of the need to breathe deeply, which lowers heart rate and blood pressure.

Keeping a sleep journal serves to help you keep track of your sleep habits. Entries could include any of the following factors that can affect your sleep. Consider the following list when writing your entries to ensure you include enough information in the journal to help you identify issues.

Putting these factors down on paper can help you to organize any patterns that may be negatively affecting your sleep patterns.

Clearly, sleep deprivation can result in dangerous consequences for your health, both mentally and physically - as well as put you and others in danger on the road. Because lack of sleep causes problems that then add to your not getting enough sleep, it can take awhile to get your circadian rhythm back on track. However, tracking your sleep habits and making some lifestyle changes can be helpful in achieving this.

Related Article: 5 Sleepy Tips to Wind Down Before Bed for Your Best Sleep Yet 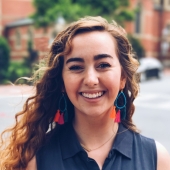 Lisa is a freelance writer from Raleigh, NC. Having suffered from insomnia in college, she has become passionate about sleep health. She loves educating others, especially young professionals, on the importance of sleep to overall health and wellbeing. You can check out more of her work on sleep at Mattress... Read More

3 Easy Ways to Be Okay With Being Disliked

A Yoga Flow for Empaths

Everything You Need to Know About Oat Milk