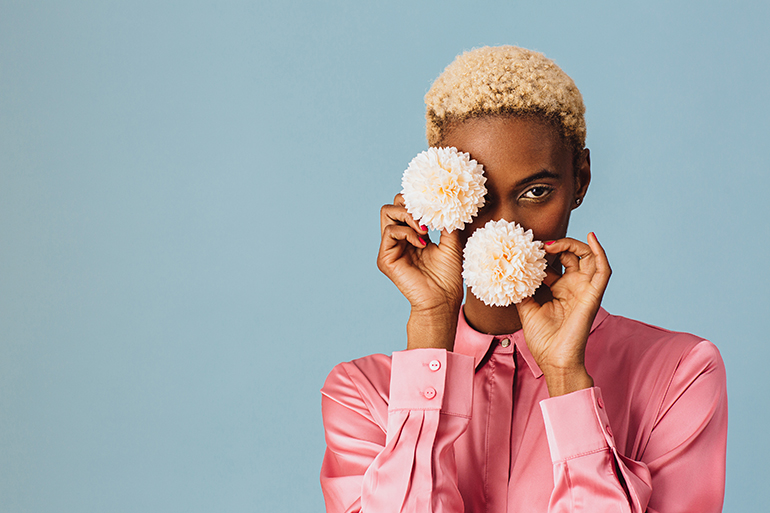 The Worst Traits Of Each Myers-Briggs Personality, Debunked

When it comes to each Myers Briggs Personality, it’s safe to say each has its strengths and flaws, and sometimes, these character traits are rather extreme!

But, just like in astrology, not everything you hear about the Meyers-Briggs personalities are true - in fact, some of these character traits are simply just misunderstood.

Undeniably, stereotypes happen. We generalize and apply it to a whole group. Yet, the thing about personalities is that each person is shaped by their own experiences. It can’t be completely right - can it?

What are you getting wrong about your Myers Briggs Personality? What is something people commonly believe about your personality type but just isn’t true?

Let’s get down to it.

Related Article: Your Self Love Ritual, Based on Your Myers Briggs Personality Type

The Myers Briggs 16 Personalities Test consists of a series of questions that place you in 1 of 16 different personalities - each with their own take on how you are in relationships, at work, in your career, as a parent, and more. You may have taken it before but you can always check back to see if you’ve experienced personal growth (they suggest taking it every year).

Below, we explore exactly what is misunderstood when it comes to your personality - meaning you shouldn’t judge yourself too harshly either!

ISFJs Are Too Shy

Are you an ISFJ who is categorized as too timid and too shy in your personality? We’ve got news for you. You’ve actually got some fire about you!

If someone were to say something about your loved ones or people you care about, you won’t hold back. You’ll put them in their place and depending on the situation, you may just cut that person out. You don’t have time for that.

So ignore the extreme here… yes you’re shy - but only to a point.

While you definitely wear your heart on your sleeve (good for you!), you aren’t irrationally emotional, which is something that is often implied with this personality.

In fact, you’ll come out of heartbreak faster than other personality types and you don’t let your emotions get in the way of what you truly want in life and your work. Basically, when it comes down to it, you’re in-tune with your emotions, but at the same time, you aren’t about to let them stand in your way.

The worst traits of the ISTJ personality frequently involve calling them out on being too uptight, but this isn’t the full truth. ISTJs are just very responsible individuals. When they are on a mission, they get the job done.

However, this also doesn’t mean they don’t know how to party or socialize. As an ISTJ, you’ll let loose at a party. In other words, you aren’t ‘uptight’ no matter what anyone says.

You’re dedicated to working, but that doesn’t mean you aren’t also dedicated to an incredible amount of hobbies outside of work.

You love to travel, hang out with your group of friends, and so much more. This is definitely one extreme stereotype that doesn’t add up for this personality type.

ESFPs Are Often Too Silly

Most believe that the downfall of this personality is ESFP’s inability to be serious.

Yet, if the situation demands, an ESFP can be as serious as needed. You know when that’s necessary, but you also know how to relax and have fun.

ISFPs Bail on Their Friends & Family

ISFPs are impulsive - this is undeniable. This doesn’t mean you are flaky or will not attend important events that you care about, such as your best friend’s wedding.

This personality type usually has a big heart and wants to be there for their family and friends.

An ESTP’s charm can also be their downfall. Many believe this personality seeks out people just to fool them. Here’s the thing: they are completely wrong about you!

You’re incredibly upfront and strive to do the right thing for everyone. The idea that you would fool people is misconstrued and inaccurate - your charm can jut come across as too much sometimes.

ISTPs Have a Lack of Emotion

People show their emotions in different ways. The ISTP personality isn’t the most in-tune with their emotions, but neither are they robotic. You’ve got emotions!

An ISTP can develop strong emotions for their partners, family, and friends.

However, because you may struggle to identify your emotions or explain them, it can sometimes be misconceived as unfeeling.

An ENFP can easily be categorized as moody due to their nature to appear alright and happy all the time. Many believe this inevitably leads to bottling up emotions, and eventually, an outburst.

Yet, this is another personality trait that might be off the mark. You may experience lingering emotions, but this doesn’t mean you’re moody. The one thing that may help an ENFP avoid being categorized as such would be communicating better as to how they are feeling.

You are a romantic - deep down. This won’t get in the way of common sense. While this personality often is called a pushover, most INFPs will develop filters as they grow up and avoid being put in situations where they get taken advantage of.

In other words, perhaps you were a pushover in a situation in the past, but you’ve likely learned from it!

ENFJs Are Too Caring

It’s frequently thought that ENFJs care too deeply about their family and friends - so much so that nothing would stand in the way of that. While this can also be seen as a positive trait, eventually when we care too much about others we don’t take time to take care of ourselves.

ENFJs will listen to their gut. If something doesn’t feel right about a particular friendship, they won’t shy away from ending it.

As an INFJ, you love your alone time, but this isn’t your whole life. You also love friendship, which means you won’t turn away a good time with your closest friends. Sometimes it feels easier to travel the road alone or wait for others to make the first move.

You just like to have an even divide where you can recoup and recover after some much-needed socialization.

INTJs are categorized as cold and icy. While you can come across this way sometimes, you are surprisingly guided by your emotions. You aren’t out of touch with them - not even close.

You may have even chosen your career path based on your emotions. You also have the ability to develop passionate and deep emotions with another person, which debunks the whole idea that you’re icy or cold.

You tend to show up late or mix up dates. It would be best for you to start a very strict calendar that you schedule everything in (even doing your laundry) to keep you on track.

However, this doesn’t mean you’re disorganized in every aspect of your life. In fact, many INTPs learn from these situations. Plus, you’ve got organization down pat when it comes to things that are important to you - like work.

ENTPS are known for their inability to commit, but it doesn’t mean you can’t. Friendship and love is often tough because you’ve been hurt before, and it sticks with you daily.

You don’t enjoy sticking around relationships for the hard parts, but you will. Most of the time, your non-commitment is more noticeable in work or other life aspects.

ENTJs have hearts! Yet, these caring emotions are often saved for family and friends - people they can really count on, and who can rely on them. They also enjoy encouraging others, which many often take as them dealing out criticism.

Overall, ENTJs aren’t heartless. Like other personalities, they may just struggle to express themselves.

The Myers Briggs Personality test has the ability to offer you insight on why you behave or act the way you do. It can also provide areas for improvements, helping you become your best possible self based on your unique characteristics.

By taking the test (sometimes it can pay to take it more than once - we all change throughout our lifetimes), you can determine where your strengths and weaknesses lie. Remember, don’t take it all too seriously because some of it can become incredibly misconstrued - as explored and explained above.

Read Next: Your New Morning Routine, Based on Your Myers Briggs Personality Type

Is It Time to Question Your Values?

Sad Dads: How Can We Help?

Conquer Your Hot Yoga Flow With These 7 Tips

Everything You Need to Know About Oat Milk