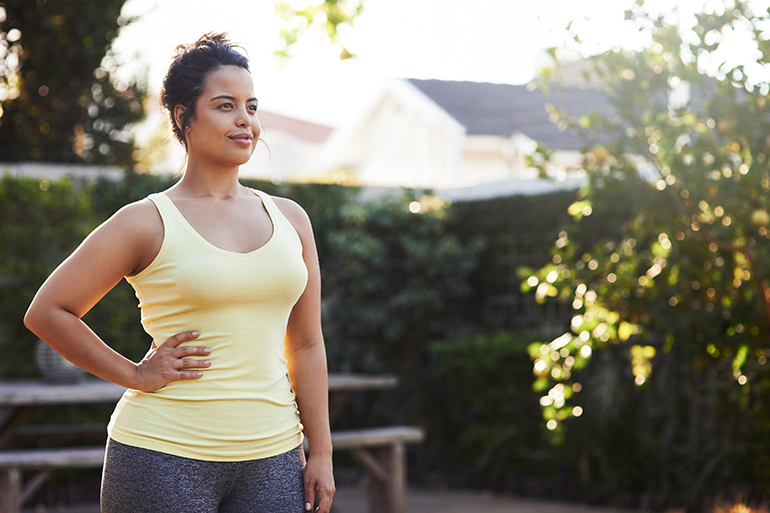 I was looking for a drastic health change at that time - I had long ago passed my ‘ceiling weight,’ and just needed to jump-start a serious commitment to dropping a few pants sizes. It was about my weight, but a healthier lifestyle was also necessary.

What was interesting to me was not that I lost the weight quickly and healthily (I did consult my doctor before starting, which I highly recommend.), but some of the things that happened along the way for which I had not planned.

Did weight loss make me more approachable? In some ways, yes, but not because I was thinner. Did I feel more confident about myself? Yes and no. Today we’re going to talk about how my life changed when I lost a significant amount of weight - just not in the ways I had planned on!

I didn’t get the reaction I imagined…

I remember a great stand up routine where the comedian talked about spending time fantasizing about telling the story of how they lost the weight before they ate even one salad. This still resonates with me, something about losing weight makes it seem like it would solve our problems and people will be dying to know how we got to look so amazing. Now I think about why I didn’t ask myself, “why is telling my weight loss story more important to me than losing the weight?”

Four months into my weight loss I went out with some friends I hadn’t seen for some time. At this point, I had lost about 25 pounds and felt like, “whoa, they’re going to be blown away.” I think part of it was wanting the recognition for my hard work - all those days when you don’t want to work out, or you just want to choose french fries as your side ONE TIME - I struggled through weeks of nothing appearing to change, looking forward to the time when it was obvious it did. Working that hard and NOT looking any different would be heartbreaking.

NO ONE SAID ANYTHING.

I was devastated! Insecurity ran rampant. Did I not look as good as I thought?

I found out later that some of them were worried that I was sick and waited to ask me if I was OK before congratulating me on my commitment and results. Even more mind-blowing were the friends who told me that they thought I always looked great, so they didn’t really notice!

One of the biggest surprises to me with my significant weight loss was that my friends did not care, and certainly didn’t treat me any differently. Sure, they were happy that I felt better overall, and were proud of me for reaching my milestones, but as one of them so eloquently shared later, “I don’t care what you look like dummy, I love who you ARE.”

...but, weight loss may have made me more approachable.

Some people talk about how they felt they were treated better after they lost the weight, but I didn’t find that at all. What was interesting - and unanticipated - were the folks who started to talk to me, especially at work. Some of my closest friends played their cards close to the chest, but my workmates were all over me.

I remember one guy at work (who’d always been super hard to read) requested I stay behind after a meeting to ask me about my weight loss. We were both pretty open in that conversation and it finally gave us some common ground. My weight loss ended up being a doorway to a better working relationship with someone I had previously been stumped about how to approach.

Looking back now, I remember being very carefully controlled from an emotional standpoint at that job, and I’ve often wondered if that made me hard to read. Losing weight communicated something of my personal life to folks who didn’t know me, and maybe made them feel like we did share a common interest. I may never have had a chance to connect with some of those wonderful people if I hadn’t unknowingly queued them to approach me.

Some clothes still looked bad on me.

This one was frustrating at first, but kind of funny in the end. I thought when I lost the weight that everything would fit and look fabulous on me - all those clothes I had been eyeing that I didn’t think looked good on my larger body would magically look terrific on me! Nope, turns out, even after my weight loss, there were just some shapes and cuts that did not work for my body shape, or they did, but I still didn’t like how they looked on me.

My social life improved - and so did my relationship with food.

I realized how many of my social events were geared around food. I still don’t know if this is because it’s such a common ground for people, an easy reference and a traditional way to welcome people into your home and life, or if it might also have been that I was so busy, I planned efficient dates around food. (See my friend + eat dinner = two birds, one stone)

Some people who significantly change their diet worry they won’t be able to face temptation by going out to restaurants or that they’ll insult people by not eating what’s presented to them when going to someone’s house for food. This was not the case for me.

A happy side effect of my controlled diet was that I just stopped planning my life around food. It sounds funny, because that’s all you’re supposed to think about right? Sure the first 2 months were really tough, but once I had gotten a handle on what I could and couldn’t eat (mostly by scouring my local grocery store for anything other than chicken breast and Greek yogurt), I realized food could just be fuel and not, well, comfort or the central source of entertainment.

I’ve struggled with hypoglycemia most of my life, and I know now if I wait too long to eat, I’ll toss back the first thing I see - usually fatty, salty junk food. Staying disciplined on Keto meant not only did I not get hungry very much, even when I did, it was not as panic-inducing as before.

If a friend was having us over for a late meal, I would have a big snack before so I wouldn’t have to worry about what she made. I could then focus on my friends and not my grumbling stomach. If we went out to eat, I knew I would find something, even if it was small. I stopped focusing on what we were eating and started paying more attention to the person I was with.

Even though I stopped following Keto a few years ago, I still incorporate a lot of the food I discovered while on it - because it was really good! While I was expecting to have a fridge full of tasteless cardboard and fight my cookie cravings, I could not stand the alternative sugars out there. (Sugar is a huge no-no on Keto) I ended up craving weird things like kale and sweet potato chips instead - and I still turn to these foods now that I’m back on a regular diet.

I wasn’t expecting this one, but I went from hating cooking and sticking to the same 8 things to being more experimental with recipes containing more than 4 ingredients. To this day, I’m so much better at meal prep and I look forward to bulk cooking, rather than feeling the daily grind of trying to make dinner every night.

This is a common one for people who have lost a significant amount of weight. Some can’t help but continue to imagine themselves at their starting weight, especially if they’ve been there for a longer amount of time, as opposed to someone who is trying to get back to their regular weight after a period of getting off track.

Sure, I felt more confident when it came to things like sitting down without worrying about rolls, but in general, I was still an awkward goober when it came to my overall appearance. My self-consciousness didn’t improve, even though I felt my general looks had. Instead of worrying about my back fat in my too-tight my shirt, now I was concerned about my flabby arms or that my hair was stupid. The laundry list was long, and it would take more than months of disciplined dieting to work through it.

All the rest of my baggage was still there. Yes, I felt better, was sleeping better, my knees hurt less, even my skin looked amazing. My energy was certainly higher, but my inner voice was just as negative and critical as before. I think we can all be accused of being too critical of ourselves, but this was eye-opening for me. It was kind of funny to face this - did I really believe all my problems would go away once I lost 16% of my body weight? Yes, I did, and no, they didn’t. All my bags were still on the front porch.

My life did change when I lost 35 pounds - but not just in a physical way. Even when I lost the weight, I still didn’t feel comfortable with people looking at me or with wearing less and tighter clothing. On many levels I felt great, but I still didn’t think I was good enough, and I realized that probably wouldn’t change no matter how much weight I lost.

Years later, I’m still working on my inside. I’m not sure if I will ever stop obsessing about losing that extra 10 pounds, but at least I know now that I can’t throw all my issues on any one thing and expect to improve as a human.

Maybe I need to spend more time dropping expectations instead of pounds.

Related article: What You Need to Understand About Body Dysmorphia 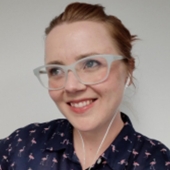 10 Ways to Use Law of Attraction to Manifest Abundance

How Somatic Gratitude Connects the Body to the Mind

How to Respond Instead of React in Communication