How to Use Failure to Strengthen Your Soul

“Success is not final, failure is not fatal: it is the courage to continue that counts.” - Winston Churchill

Failure hurts, but it doesn’t have to.

It’s absolutely a real fear - the fear of failure. Yet, that fear can hold you back from some of the greatest things in life. Instead, try to focus on where you want to be - not where you don’t want to be.

If the fear becomes a reality. You can bounce back. Personal growth and development can come out of failure. You can learn from it and come back stronger than you ever thought possible.

Nibble on this food for thought: Walt Disney was fired in 1919 from a notable newspaper due to his lack of imagination. Yet, the stories, videos, and legend that are Disney came from this man - and they are nothing less than extraordinary and incredibly imaginative.

By this point, you’re probably thinking these are circumstantial cases. We could continue to list many great famous people who failed but then succeeded.

And you can too! Let’s break it down.

First, we only use the term failure in this article because it’s a feeling we can all relate to. In reality, it’s important to reshift what ‘not succeeding’ means in relation to ourselves. The thinking is this: When something goes wrong or ‘fails,’ it has no effect on your value as a human.

In other words, failure isn’t your death sentence. It’s the start of something great - you just don’t know it yet. Humans have this beautiful ability to grow and change, to learn from our mistakes in order to find success.

Discover a soulful way to reframe our mindset and strengthen our soul below.

Finding The Lessons in Failure

How can you move on from failure and come out on top?

1. Recognize that Although You Failed, You Are Not a Failure

Don’t become the fail. Don’t take the failure to heart. Don’t internalize it. This not only shoots down your confidence but doesn’t help future you at all. Failure isn’t a reason to mope around. It’s a reason to rise up and continue to fight for what you want. This is your life - make it what you want it to be.

Every great thing in this world has arisen from failure. It’s rare that anyone gets it right on the first attempt. You live and learn.

Related Article: How to Accept & Surrender to Unexpected Change

2. Own Up to the Failure

Take responsibility. There is no need for excuses. It happened. Plus, it’s better than someone else pointing it out. What does it take to own up to it? If you struggle with this, work on your emotional intelligence. Become more self-aware. It can help you process and deal with things when the going gets tough.

Take a moment here for a little personal growth and development. This is how you overcome these tough times. Where did you go wrong? What can you do differently next time? Was it within your control? Answer these hard questions. It’ll only help you out later on down the road.

Plus, every wrong turn is a step in the right direction. You know what not to do or where to go. It is fates way of pushing you toward the right door. And hey, if you can fix it - by all means do! Make things right if you can. If not, move forward knowing how to do better next time.

4. Focus On The Good

Narrowing in on it and obsessively thinking about it won’t do you any good. In fact, it could send you down a spiral of emotions and doubt. The result? A lack of serious self-confidence and self-worth. Avoid going there. The past is in the past. It happened.

This is when you can use positive affirmations and focus on things that bring you joy. The only way to move on is to move forward.

5. Work on Making Yourself Happy

Sometimes, it’s okay to be a little selfish. In fact, sometimes it is necessary. Quit seeking the approval of others. Go after what you want. Sure, everyone might cast doubt - especially after your recent failure. But you know better. You know yourself better.

You have total control over your life - not anyone else. Remember that.

6. It’s All About Perspective

Is it a failure? Or is it just a bump in this crazy winding road? If you fail or hit a speed bump, you aren’t weak. You aren’t worthless. You are completely capable. You are intelligent. You are worth it. Everyone fails. Oprah Winfrey, Thomas Edison, Walt Disney, Abraham Lincoln, J.K. Rowling, Jerry Seinfeld - to name a few.

But guess what? These same people have also succeeded. Failure - big or small - isn’t permanent. Nor is it a state of being.

Pursue excellence - constantly. Be aware that you might not reach it each and every time. Again, no one does. And be optimistic about your adventures. Persistency truly grows from optimism. No one can turn off your light if it’s internally shining outward. It’s similar to that saying, “Kill them with kindness” or “fight it with kindness.” Positivity always wins.

You do you. Seriously! Do failure right. Grow and learn. Be open to the possibility of change. Embrace it.

And if you are struggling, find healthy coping mechanisms. Talk to someone - whether that be a friend or family member. Discuss why you feel the way you feel. Brainstorm strategies to make yourself feel better and solve the problem. Start creating a plan for the future.

If you’re stressed or stressing about it, determine ways to relax. This will not only help you in this situation, but it can also translate into other aspects of your life as well. Meditate or partake in an activity you enjoy. Go for a walk. You know yourself best so find something that works for you.

Scared of failure? It might not even happen. You won’t know until you try. Don’t let life pass you by. Actively take the reins and participate.

Take a cue from Michael Jordan (and yup, we are leaving with this one to ponder):

“I can accept failure, everyone fails at something. But I can’t accept not trying.”

So, put your expectations aside, and try. Go after what you really want in this life. You only get right here and right now. Take it and embrace it.

Read next: 10 Mantras for Strength and Courage 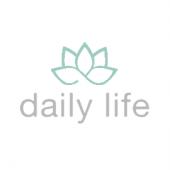 When our Editorial team puts their idea's together you're guaranteed to find that your mind, body, and soul are balanced. This article was written with the combined powers of our Daily Life writers. Thank you to Shannon Yrizarry, Sophie Viau, Krista Bugden, Sarah McCullough, Marina Khonaisser, Sarah Brownlee, Rhiannon Liselle,... Read More

How to Apply the Law of Attraction to Your Career

15 Ways You Can Conserve Energy & Feel Good About It!