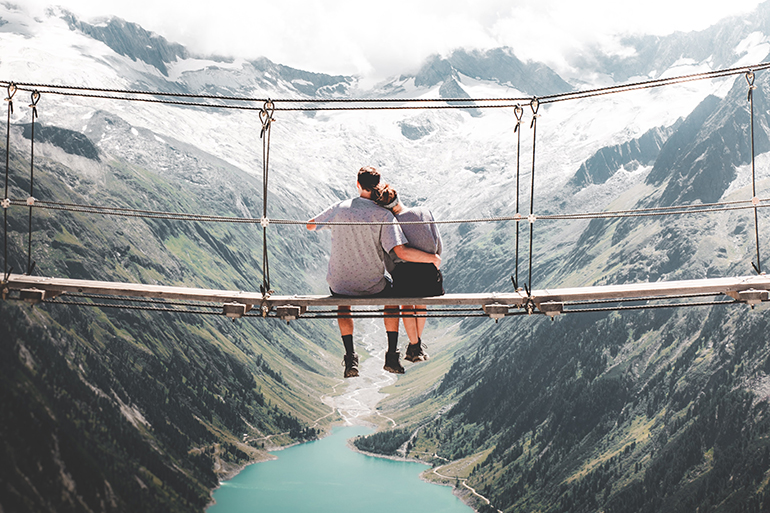 “People will do anything, no matter how absurd, in order to avoid facing their own souls. One does not become enlightened by imagining figures of light, but by making the darkness conscious.”

The quote above was written by Carl Jung, a famous Swiss psychiatrist who was most notable for his work on the ‘shadow’ side of individuals and how only by uniting our positive and negative sides can we become truly whole.

It is something that has been highlighted one way or another throughout the ages and exists in some form or another across a variety of sects and beliefs. In astrology, the sign of Scorpio best represents the transformation of darkness into light, the battle between the soul and the ego; in Christianity, the death and resurrection of Jesus Christ highlights how suffering can ultimately lead to joy.

Are There Good & Bad Emotions?

As individuals, all of us face these trials in some form because all of us experience good and bad emotions.

So what’s a good emotion? Happiness, joy, pleasure, and inspiration are examples of good emotions. They are whatever makes us feel good.

A bad emotion – like anger, disgust, fear and rage – are what make us feel bad. The sensation is unpleasant and it’s not something many of us want to experience again.

All Emotions Are Good Emotions

It’s a call to action to the brain letting it know something is wrong. If the brain is willing to face the negative emotion, it will take steps to combat it once the emotion has dissolved. (Emotion is energy; it must have an outlet or it will inevitably implode). If the brain chooses to ignore the signals after the emotion has released itself, the emotion will continue to sit, fester and grow.

Rather than bury negative emotions, we should try embracing them. As Carl Jung said in his famous quote, making the darkness conscious is a path to enlightenment.

The darkness inside of us is usually made up of a host of negative emotions, but these are a result of something much deeper – usually some kind of negative experience or trauma we suffered at some point, or multiple points, in our lives.

For example, let’s say I experience feelings of rage regularly in my life. However, this rage is only triggered when someone disagrees with me. I could be fine one minute, but as soon as someone puts forward an alternative opinion, I explode with rage. The feeling may be totally out of my control and it’s only afterward when I calmed down that I think, “Did I really do that?”

However, if I don’t address the cause of the rage then it will just keep happening. So I decided to do some inner work, whether it’s through psychology, spirituality, astrology, hypno-sensing, hypnotherapy – methods designed to help an individual understand themselves better and work on aspects of their character. I discovered that when I was very young I was shamed and humiliated at school by a teacher who made me feel that my opinion was worthless.

The feeling of humiliation transformed into rage. It meant that every time someone disagreed with my opinion later on in life, this rage was triggered.

It was therefore up to me to work on those feelings of humiliation and release the feelings of rage by transforming them into something positive. So instead of rage, I transformed it into self-worth. Hypno-sensing is specifically targetted to this, the transformation of a negative emotion into a positive one; it also rewrites the information in your subconscious mind so that the negative emotion cannot return (so rather than think of my opinions as ‘worthless’ because of my experience with the teacher, I instead think, “She disagrees but that doesn’t make my opinion worthless).

As time went on, I was able to listen to an alternative opinion without exploding with rage – and was undoubtedly much happier!

As mentioned, emotions are energy. They cannot simply disappear. They need to be transformed into something else. That’s why the transformation of negative emotions into positive ones is so critical. The other alternative is to bury them, but this simply means the negative emotion remains and it will not reveal itself. However, the emotion always needs an outlet; it can implode within the individual, which can also lead to physical and mental problems further down the line.

Of course, a person may be influenced by other factors. In the case of rage or anger, there may be factors such as your natal chart (if you have Moon opposite Mars, for example, you may be inclined to anger at the drop of a hat!) or you could be genetically disposed towards anger.

But no matter what, you are the master of your destiny and you decide whether you allow negative emotions to get the better of you or not.

Allow Yourself to Feel Your ‘Negative’ Emotions

So that is why negative emotions are truly good emotions. Because they have the potential to turn into good ones and bring greater happiness and fulfillment to your life. Furthermore, the acceptance of bad emotions brings you greater awareness and understanding about yourself, which leads to wisdom and enlightenment.

The more you are able to understand the darker side of your nature, the more you can then help others with theirs.

If, for example, you feel disgust and anger when witnessing cruelty to animals, these negative emotions are telling your brain something isn’t right and another side of you then feels compelled to help the animals. Your actions can then make a difference in the lives of these creatures. The same applies to anyone, anywhere, who is suffering or in need. ‘Bad’ emotions can truly bring out the best in people.

Accepting bad emotions is never an easy thing. It is almost instinctive for us to avoid them or pretend they are not there.

However, when we find the courage within to confront our negative emotions and realize they are there, not to destroy us, but to serve us as a tool of guidance so we can discover who we truly are, then we are able to live our healthiest, happiest and most fulfilled lives, bringing greater awareness and joy to ourselves and others.

Read next: How to Recognize Stress & Simple Ways to Deal With It

How a 5-Day Morning Tarot Challenge Helped Me Practice Mindfulness

Self-Care Sunday: How to Start the Week Anxiety Free

7 Reasons Why Self-Care Is Essential For Your Mental Health

5 Ways To Overcome Bodyshaming (Yourself & Others)