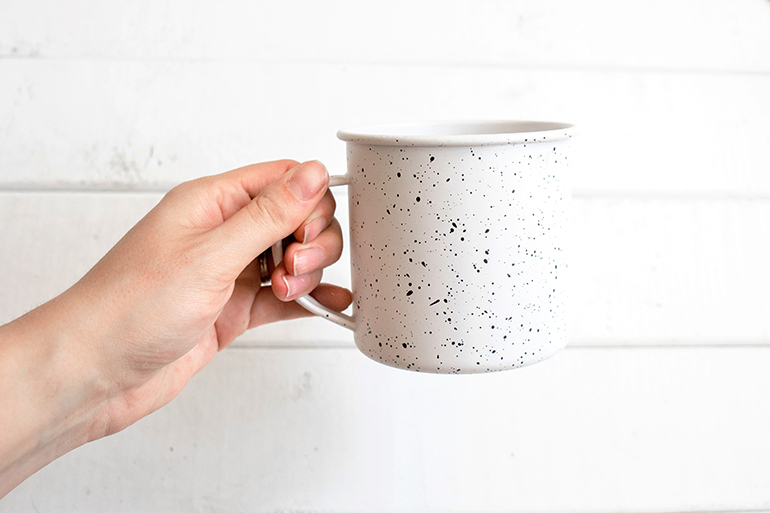 How Caffeine Affects Your Brain: The Good, the Bad & the Ugly

Caffeine is found naturally in various plants that we consume. And it acts on the central nervous system in many ways - including your good ol’ noggin (also known as your brain).

More than 95 percent of all adults consume caffeine in one form or another, often averaging out at 110 mg a day. Moderate coffee consumption has been incorporated into everyday life. Children and teens intake a much smaller amount each day and are most commonly a direct result of sugary sweet beverages that have natural caffination.

Since 70-90 percent of total caffeine intake in adults is from coffee and tea, we can assume that most consumption is part of our society’s morning routines and socialization efforts. The popularity of caffeinated products has often been talked about with concern as caffeine isn’t just a part of daily life, as it’s actually a stimulant drug that speeds up the transmissions between the brain and the body.

However, many other substances that produce similar (yet maybe more severe) caffeine effects are recommended to be approached with caution (think prescription drugs and alcohol). So, what makes caffeine so special? Are the effects it has on your brain good for you or not?

Fill up your mugs and get comfy because in this article we’re getting to the bottom of it all.

Let’s start with the basics. Caffeine is a natural stimulant found in fruits and leaves of various plants.

Most notably found in seeds such as…

In fact, caffeine effects were discovered way back in the day. Get this: The first tea was brewed around 2737 B.C and not too long after, so was the very first coffee (in the 15th century). In the 18th century, caffeinated soft drinks also became a thing, and then energy drinks and so on.

Today, caffeine is something to watch out for in the foods you eat and the drinks you consume. It can lurk in the background ingredients of foods we eat and the products we use every day. Ultimately, this can keep you alert and ready - even when you don’t want to be (such as when you’ve really got to get to bed so you can get up for that early start).

Scientists suggest that up to 400 mg of caffeine per day is safe for healthy adults - roughly equal to 4 cups of coffee, 10 cans of soda, or 2 energy drinks. When we go beyond that, we may begin to feel the negative effects. While decades of research have found that this amount is generally safe for the population and does not harm your health directly, there is more than meets the eye.

Caffeine works differently for every person who consumes it based on their weight, health, and age. Other factors like the frequency of use and the amount taken can also drastically affect the outcome of caffeine intake.

So the answer is, unfortunately, yes and no because there is no set answer. There is much more to this like how you use it, in what amounts, and what sources you get your caffeine from. Let’s explore this more to get an understanding of whether caffeine is healthy for us as individuals.

How Caffeine Works: The Science

You drink a caffeinated beverage like coffee or tea, and like any other food or drink you consume, it gets absorbed by the body and enters the bloodstream. It quickly heads to the liver where it gets broken down and distributed to various parts of the body, which it then acts on.

So, here’s the key to caffeine’s effects… It blocks adenosine. Adenosine is a neurotransmitter, a chemical messenger, that makes you feel sleepy by relaxing the brain. And levels of this neurotransmitter accumulate and build throughout the day. In turn, you feel tired at the end of your day and head to bed.

But with caffeine, this doesn’t happen.

In addition, caffeine increases your adrenaline and boosts brain activity. As a result, you feel more alert, aroused and focused (usually and as long as you haven’t had too much). Interestingly, one cup of coffee will begin to act on the body in as little as 20 minutes - that’s how fast caffeine produces these effects.

The Pros and Cons of Caffeine

So, if you choose to continue your morning routine of drinking coffee there are few things for you to consider.

Here’s the thing: There are caffeine benefits but there are also some caffeine issues you want to keep your eye on.

Here are some benefits of including responsible caffeine intake in your daily routine.

Drinking caffeine in any amount isn’t always good for you, here are some negatives of caffeine consumption.

The bottom line is that caffeine can be very addictive and the adverse effects associated with halting caffeine use are considered symptoms of withdrawal. Since it’s the most widely used addictive substance, it can be hard to break free of this addictive habit. When facing withdrawal people may experience nausea, vomiting, muscle pain, headaches, and irritability.

When it comes down to it, most good things have a downside. The key is to be aware of how much caffeine you are consuming, how often, and when. Like any drug, there’s a right and wrong way to use it. As mentioned above, it’s recommended to not consume caffeine after 2 pm.

First off, go slow. Don’t go from drinking 4 cups of coffee a day to none. Slowly wean yourself off of it

Second, find another way to energize yourself and replace it.

There are many alternatives to caffeine, including:

Let’s start our mornings off differently: Here are some Lifehacks to Become a Morning Person.

If you feel that you are addicted and want to take steps we recommend assessing your intake and habits, start by slowly decreasing your intake, using some of these alternatives, and keeping your eye on your health as you do so. It’s not an easy process but it’s worth every step you take towards it.

Should You Stop Consuming It?

There’s nothing wrong with a cup of coffee in the morning! Just make sure that you’re not basing your whole existence around 6 cups a day.

The answer is still, it depends on your lifestyle, wants, and health. As long as you’re conscious of your caffeine consumption and only take it in at healthy doses, there aren’t any huge health consequences from it (again, this may be health dependent).

It may also pay to look at what else is in your caffeine-filled beverages or foods. Energy drinks, in particular, contain taurine which is known for adverse health effects.

Basically, it comes down to being informed about what goes into your body and finding what works for you. If that’s a cup of good ol’ coffee in the morning, go for it!

Related Article: The Great Coffee Debate: Chilling You Out or Making Your Crazy?

How to Enhance the Skill of Self-Control

How to Make a Minimalist Lifestyle Work for You

How to Ace Your Virtual Job Interview

5 Comfort Foods That Will Help You Handle Flu Season