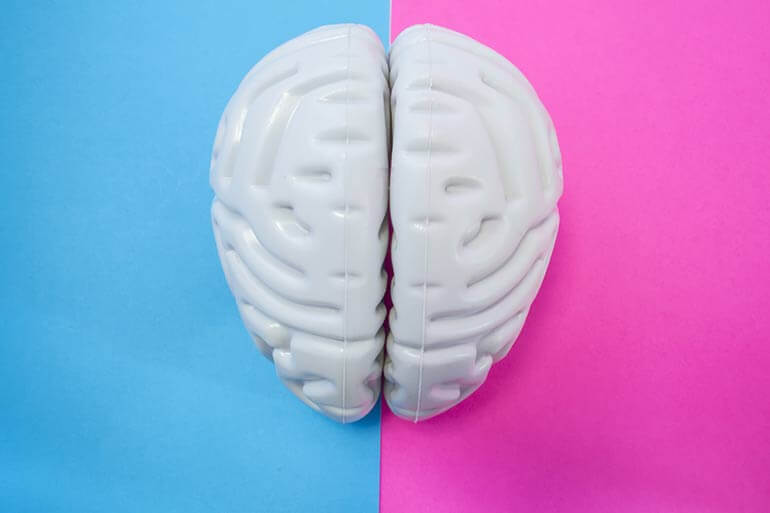 Because the dominant world religions historically placed men in power, women have traditionally played a side role to the powerful dominating role of the man. We know that some men are naturally more laid back and some women are naturally more dominant, but society in general operates based on the idea that the reverse of this is “natural”.

Or at least, it has. We are, in the age of technology, challenging these roles at a rapid rate.

Of course, we’ve seen many predecessors who have worked to break gender roles - our generation is certainly not nearly the first (the feminist movement has been around for a long time). But, with the rise of social media, feminism is making serious headway because of the rise of social media. That said, there are strong tides pushing in the other direction that we are up against because social media is also used to ingrain traditional gender roles even deeper.

As people who want to see all people treated equally with equal opportunities and equal self-esteem and footing in society, sometimes it’s hard to know how to approach these issues in society without creating the anger and hatred that comes from divisive rhetoric, such as what we see in current politics where multiple parties rally against each other to prove ‘rightness.’

Divisive rhetoric makes people defensive and limits our worldview to black and white. Let’s use the evolution of history to show how modern gender roles came to be to understand that they were a response to the technology and industry of the time - not a response to nature. Let’s put gender in context and show how breaking through outdated gender roles make sense for healthy relationships and happy families. Let’s cut the divisive rhetoric and find common ground and common sense.

Let’s face it, this is not a comfortable topic to talk about. Discussing gender means discussing our identities and challenging our habitual ways of looking at the world and the people in it. Women have, through history, been valued based upon their looks more than their intellect and comparably, men have been pressured to become sole providers of their own and their family’s needs while simultaneously denying that their own emotions exist.

Following this script has landed so many of us in false senses of identity, on both sides. While women don’t need to become more like men and men don’t need to become more like women, we can all recognize that suppressing any of our emotions is an unhealthy practice that leads to outbursts, substance abuse, and larger mental health problems. Similarly, valuing humans based on external traits denies them their autonomy and of their capacity to develop and be treated with decency and respect. These values are hurtful to our society to men and women (and everyone in between).

So where do we go from here? We find a vision for a better world and work towards a new outlook on gender that is evolved, healthy, practical, and most importantly, balanced and equal.

A Vision of Balance

We can develop connections and delve into deeper levels of attraction based on values that have real substance. We can find people inspiring or attractive based on their actions, their goodness, and their compassion. We can build layers of affection through the ways in which someone shows consideration for their fellow man.

This is a vision that goes beyond gender roles. It’s a healthier way to establish our relationships and a much safer foundation for connecting with someone.

Instead of basing our interest and affection off of fleeting desires or temporary physical allure that will fade, why not set our sights on the things that get better with age and have nothing to do with gender, such as intellect, wisdom, kindness, and tolerance? Then, when we seek a partner or any other kind of connection, it won’t be based on long eyelashes or the clothes on someone’s body, but rather based on their reputation for altruism, the pile of books they’ve committed to, and the causes they have stood for.

When we make humility a turn on, the world, our homes, our relationships, and our happiness will be easier to hold onto, and our desires will not create ideals that are impossible to sustain without unnecessary competition and jealousy.

A friend of mine who exudes kindness is a gay man who is very secure in who he is. He loves to bring up and talk about gender in his art to help people see beyond the gender roles that are so deeply ingrained in our psyche. He once said, “besides a few minor biological differences, we are pretty much the same.”

We encourage you to do some of your own research on the development of gender roles over time. Check out the androgynous fashion movement and expose yourself to art that will help your brain start to understand gender as separate from anything biological. The more we peruse the abundant information we now have access to about gender and focus on creating a more peaceful way of approaching people, the more our brains will start to shift.

As we create new ways of thinking, new habits, and new neural pathways, a new normal will be born in our culture. We don’t want anyone, including ourselves, to be stuck in limiting roles because it’s not empowering spiritually to anyone. We want people’s identities to be about character, not looks. We must learn how to connect with others based on intention, energy, and identifying with the soul.

How to Get Past Day 1 of Your Journaling Habit

How Doing Less Can Help You Receive More: Permission To Pause

Celebrating Christmas in a Pandemic: Let’s Talk About It

Treat Yo’ Self - Luxury on Tight Budgets

Your Guide to a Rejuvenating Self-Massage

Sunshine & Warmth: The Psychology of the Color Yellow