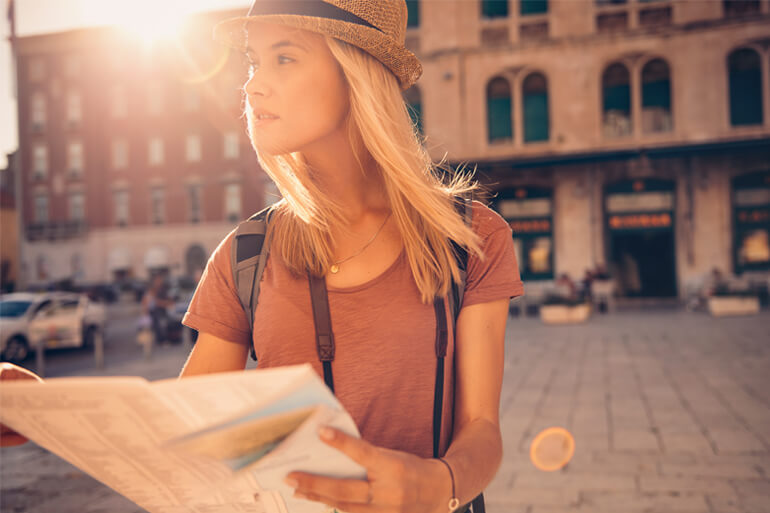 5 Places to Visit That Will Inspire Your Soul

These five soul-stirring voyages may inspire you to make a list of more similar places. When it comes to travel, the value we place on a destination is becoming more about how it helps us see the world than about capturing a photo to frame in our house.

In a time of globalization when we can facetime with people around the world, even the reasons we travel are changing. We are seeking internal development more and more so here are some ideas of places that may open your inner eye, your creativity and quite possibly empower you to live from a more intuitively guided viewpoint. 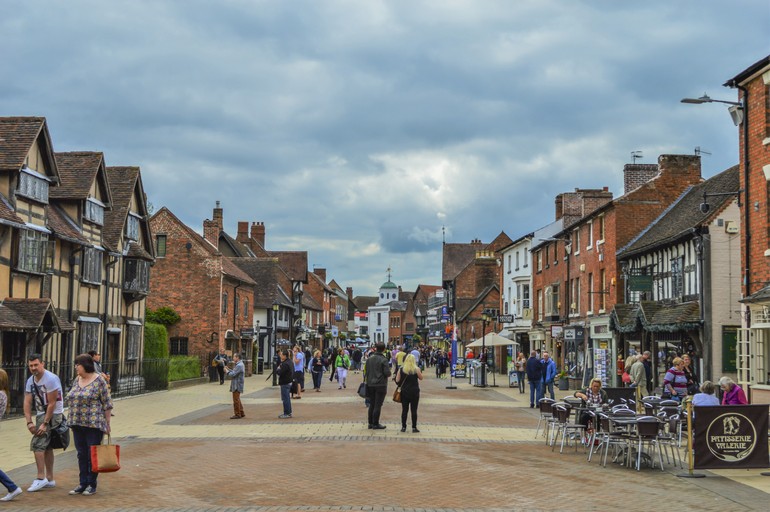 The artists that have messages that stir our soul often lived quite humble lives where they witnessed things that inspired them to write. A trip to the English countryside to see the still thriving and diligent performers of the Royal Shakespeare Company can open you to inspiration on a soul level.

The passion of the players is very alive and walking through the home and place of burial of this writer certainly can help you connect to someone who has inspired laughter and has birthed timeless observations of human nature to encourage us to look at the values that run society.

How did one person catch and record such revolutionary stories? Did this man who is rumored to be a Hermeticist have access to esoteric information that allowed him to download high vibration concepts? Art in all its forms seems to come from something outside of the artist who captures something otherworldly.

There are many artist homes we can visit or museum tours that can help us understand the life of iconic figures that changed our world for the better. A journey to the English countryside could help you step inside of a brilliant mind and soul who said, “all that glitters is not gold,” which hints at the illusions and traps we fall into when the voice of the ego is louder than the soft voice of the soul. 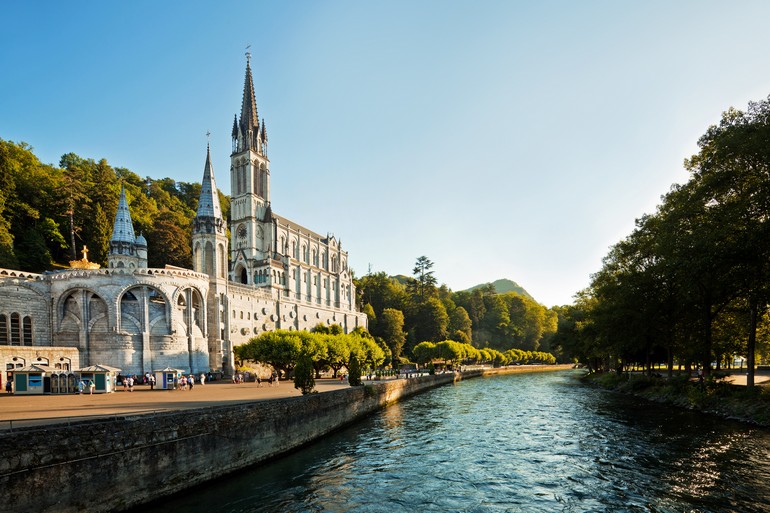 The legendary healing waters of Lourdes France located in the Pyrenees mountains can also open our eyes to alternative realities where thoughts and vibrations affect reality. The energy cultivated in spiritual places like this can help us overcome fear and start to feel a sense of connectedness that is beyond the day-to-day interactions we usually experience.

People who have heard of the miraculous healings of this water still to this day journey to dip in the water or observe what all the mystery is about. There are many places that are said to have high energy because someone blessed them.

Sometimes it’s a cave where a holy person meditated or even a church. If you are feeling low on inspiration or hope, the energy of these places can be quite life-altering.

The story of Lourdes started in 1958 when a fourteen-year-old girl named Bernadette Soubirous had apparitions for 16 days and when she was in trance, she dug a hole. When she dug the hole, water appeared and is still there. The woman that showed up in her apparitions is said to be Mother Mary.

Bernadette was instructed to tell the local priest to build a chapel because people were going to show up. People began to come to the water and reported miraculous healings.

Interestingly, there is a history of young people in the Roman Catholic countries having apparitions where they are given information about things they wouldn’t have otherwise known that help the public. If you’re interested in mediumship (connecting to deceased spirits), this certainly would be an interesting place to experience. 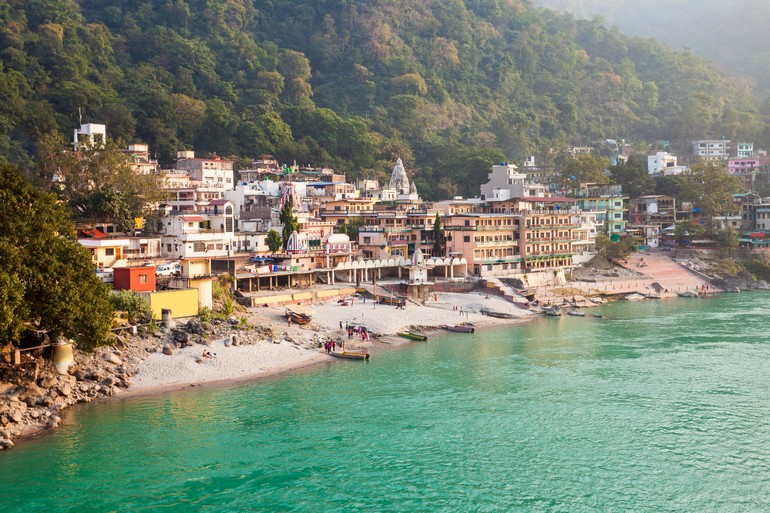 Sitting in the foothills of the Himalayas is a town in India surrounded by caves where monks meditated and downloaded the Vedic scriptures, not with a computer but in their mind’s eye. These monks were called Rishi’s and thus the city was named. If it’s inspiration you seek, this could be the adventure you need.

Even The Beatles recorded an album at a yoga ashram in this legendary city. One of the most famous destinations of this city is, in fact, the river where people journey, the Ganga which is also said to have healing effects. Babies are baptized in it and people’s ashes are sent to it to cleanse their soul.

Rishikesh is a place that many people report to have high spiritual energy where they experience the supernatural. Many saints and sages have said to have been in this area which is now a destination for sensitive truth seekers looking to see beyond their five senses.

Some people report miraculous experiences that leave them knowing a deeper sense of reality after visiting and walking the paths that so many have walked before them. A place focused on love and peace, this city has many ashrams and sacred caves to experience.

Exposing ourselves to places where there are different value systems allows us to see our own and extract what we like or no longer need. The materialism of the west hardly holds water in spiritual destinations such as Rishikesh. 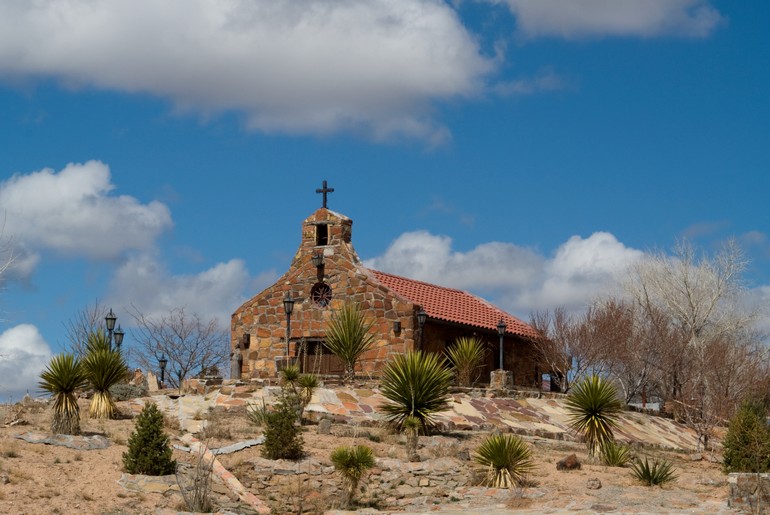 The unique ashram, Hacienda de Guru Ram Das, in Espanola, New Mexico has a unique story to it. A group of people was looking for a place to live an alternative lifestyle and they phoned their guru who told them to drive until they saw the sun shining on a house.

They drove and saw the clouds part dramatically over a home which became the ashram. Their guru was a yogi from India who left the world in 2004. Many people who studied with this yogi report he had control of the elements and strong psychic powers. He was the head of the Sikh religion and was granted presence with many significant world leaders.

If you’re interested in yoga, meditation, changing your diet to increase intuition and the ancient secrets of the yogis, this could be the journey of a lifetime. Many of us wonder, could miracles still happen? Did this yogi have powers to heal or see the future?

If you are seeking knowledge of the occult, this may be a journey that would be practical and eye-opening for you. This yogi who went by Yogi Bhajan taught at the infamous Woodstock music festival and many drug experimenters sought refuge in his teachings during the 60’s and 70’s. 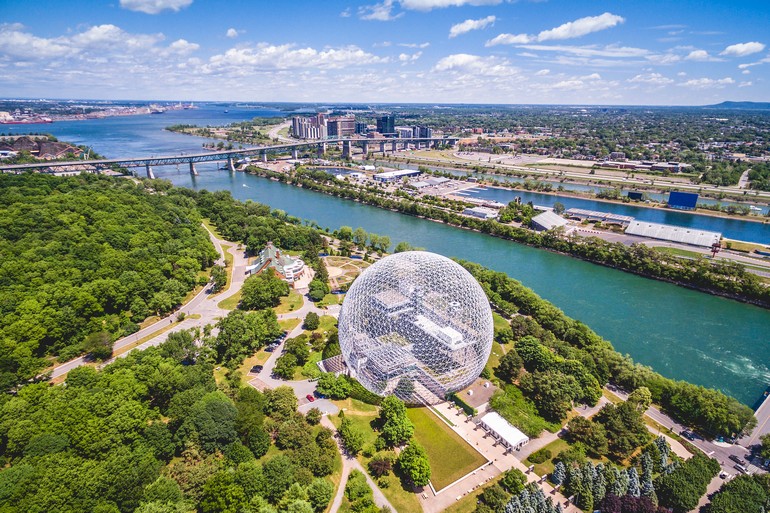 Inspiration does not always have to come from the esoteric or spiritual realms, the arts have messages that move the soul. The arts come in many forms whether it’s songs, books, plays or even the circus. If there’s one thing that can inspire us that seems otherworldly yet is still tangible, it may be the world of circus.

Supported by a politician, instead of a spiritual figure, Montreal became the world headquarters of the circus because of government support. Every July, a large circus festival turns the city into a spectacle of performances. Montreal is an example of where passion can transform a city.

Certainly, expansion of the human spirit is inspired in a city like this where many famous troupes like Cirque du Soleil are headquartered.

Fire breathers, stilt walkers, the weird and the odd are admired in the quirky circus world. Montreal is a center for artists of many shapes and sizes who have often come from circus families. They also are some of the kindest and happy people because they rarely will subscribe to obligatory societal norms that are oppressive.

This art form, while controversial still in some of its practices, encourages people to learn concepts through the art of sound and movement. It is fueled by the spirit and creativity that can lift our spirits and help us become hopeful about our lives no matter where we are.

The circus is a great place to embrace your uniqueness and accept yourself as well as others. It is a place that is inclusive and aims to inspire creativity and hope for humanity.

Travelling can help get us out of our routine and allow us to see what is working and what we can leave behind. We can often find gratitude for things we are taking for granted or reevaluated our goals and trajectory of life. It’s often hard to gain clarity when we are doing the same thing, around the same people every day.

If you feel like you are different, like you want a deeper meaning in your life, traveling can be a way to reflect and even experience new ways of thinking. Whether it’s the inspiration to change careers, open your heart, deepen your spirituality or finally get into a healthy way of eating, immersing yourself in a unique culture can truly help.

Read Next: Travel Tips to Help You Stay on Track with Your Wellness Goals

What Type of Camping You Should Do This Summer

Speaking the Love Languages: The Myth of the In-Love Experience