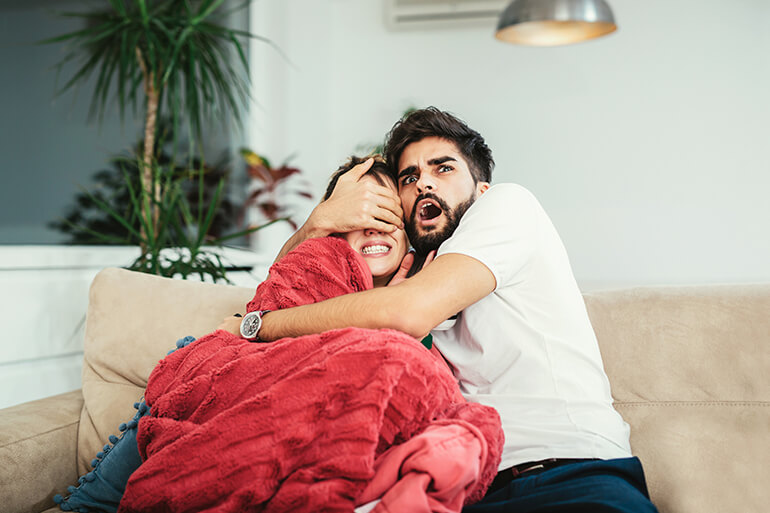 5 Documentaries That Are So Scary, You’ll Mistake them for Horror Flicks

Have you officially run out of scary movies to watch? Are horror flicks just not your thing? This Halloween, consider watching a dark documentary after the Sun goes down so you can learn while you get that adrenaline rush we all love so much.

What’s scarier than a documentary about a serial killer? Perhaps a documentary about mass murderers hidden in plain sight with seemingly unlimited power? Those who are behind the health care crisis, the opioid epidemic, human trafficking, and literally countless others who are the willful perpetrators of suffering on this planet - and somehow, they are often able to get away with it. These documentaries are not about the supernatural or paranormal, but real horrors that are very much alive in our world today.

From the dark web to the persistence of rape and abduction of women to cultural genocides, our world is in peril. These documentaries are not easy to watch, but they will open your eyes, educate you about the problems the world is facing, and fuel your inner fire to become part of the solution.

This series came out in January 2018 and deals with present-day horrors that are a part of our society. Dirty Money is a 6 episode docu-series tells 6 stories of corporate fraud and greed. One episode called “Drug Short” tells the story of a big pharmaceutical company who raised the prices of a copper allergy drug that cost people their life’s savings. It depicts the ways that companies use their money to do whatever they want even if it costs lives. There are people getting away with murder today and they are getting paid to do it.

Ready to be scared of your own fridge? I sure wasn’t. This documentary reveals horrors you won’t expect that are linked to what is probably in your refrigerator right now. Rotten shows how prison labour is used to produce food and spotlights the scandals about toxic ingredients being added to foods that we all eat every day. It will make you question whether or not you can trust the stores to really able to track the long process each food product goes through. Rotten will open your eyes to the profit-hungry corporations that will do anything to get people to buy.

If we had to watch the horrible treatment of animals for many industries including food, aesthetics, and clothing, we would all have nightmares. This documentary, narrated by Joaquin Phoenix, reveals what tortures animals endure in their lives for the pleasure of humans. The mistreatment and conditions they undergo are enough to turn your stomach; many that watch Earthlings vow to stop consuming animal products because of the pain that is imposed on these enslaved, tortured, innocent creatures. Are we partaking in something that the world will evolve to see is genocide?

This Netflix docu-series came out in 2017 and reveals what happens on the “dark web,” which refers to the parts of the Internet that are deliberately hidden from the general public, allowing users to remain anonymous and largely untraceable. From criminals who participate in sex trafficing to drug cartels, hacker organizations and organ harvesters, Dark Net reveals how cults and kidnappings take place using encrypted technology. Dark Net is certainly a heavy and yet very important documentary that helps us understand the problems that have arisen from technology and anonymity.

Tricked is a heartbreaking look at the manipulation of pimps in America who prey on uneducated women with low self-esteem. The way that these human traffickers view women is disturbing and it reveals a truth that lies beneath the surface but also hidden in plain sight in any city you drive through. This documentary shows how even children are a part of the sex trafficking and prostitution problem in America - a $3 billion industry, if not more. This is something we must be aware of and do everything we can to stop. Tricked is available on Netflix.

It’s the time of year where we focus on spooky things anyway, so why not open your mind to information that actually matters? It’s important we stay informed as citizens, and while it can terrify us to watch documentaries about former serial killers, what’s more terrifying is the idea that there are an even greater number of active serial killers in the world right now, ones who feel justified in their work and sometimes even living lavishly in the process.

The greatest terrors today are the ones made invisible by societally and culturally accepted behaviours like racism, sexism, homophobia, and transphobia. For more great horror documentaries, check out 12 of The Scariest Documentaries On Netflix Right Now.

Related Article: 5 Books About Life After Death You Must Read

All About Vitamin C: The Heroic Vitamin

Think Pink! The Psychology of the Colour Pink