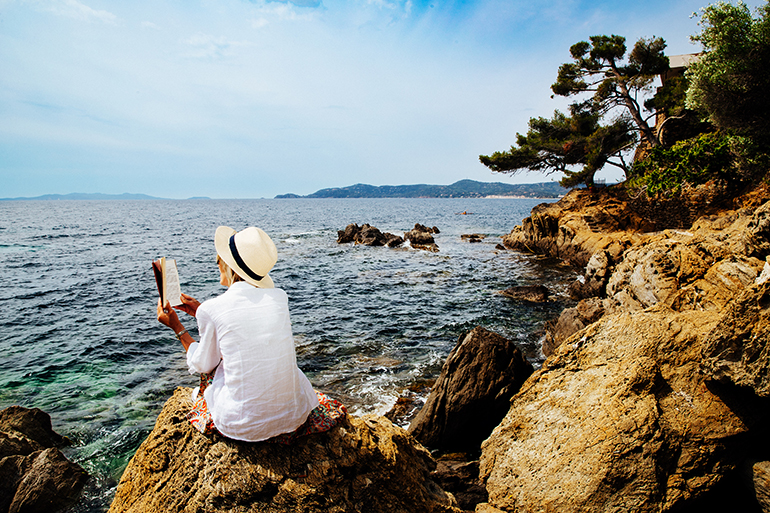 5 Books About Life After Death You Must Read

Many people spend their lives fearing death and don’t take the time to read about the many case studies of people who remember past lives, have had near death experiences (also known as NDE’s), or communicated with deceased spirits through a medium. A medium is a person who is sensitive to spirits and can prove by retrieving facts about a deceased person’s life that the spirit is communicating with them. This type of evidence is just a part of what these books on life after death have studied. In many cases, children who claimed to remember past lives were studied and their memories of past identities have been proved to be true.

Some people end up with the same birthmarks or can remember details of a violent death. How is this possible? Just as we didn’t think humans would be able to fly in large airplanes, speak face to face over video chat or holographically project deceased band members on a stage, many people don’t know about the extent of human consciousness beyond the physical body. Knowing about reincarnation can help us face death without fear and help us live with the purpose of evolving our soul to become a better person in each life instead of having an existential crisis that can cause great confusion and despair.

Have you ever felt a presence in a room and wondered if a deceased loved one was there? Many people have this experience and brush it off but it’s actually a real phenomenon that you may actually be experiencing. While many books will help you understand the spiritual concepts of the soul and its evolution, this list of books can help you see that many people experience proof of the afterlife that has been validated by scientists.

1. Where Reincarnation and Biology Intersect by Ian Stevenson 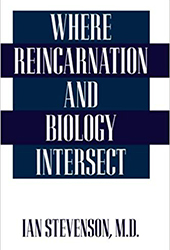 This book reviews about 2,600 case studies where children in different countries have reported remembering past lives. It details 65 of these reports. Ian is one of the top paranormal researchers and scientific investigators of paranormal events. For those who want proof and doubt that life after death exists, this is a great book to get you started. The stories come from children all over the world like Southeast Asia, Lebanon, Turkey, West Africa, and Northeast America where cultures report many children who have these memories. 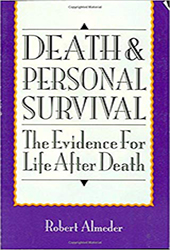 This book is accessible to readers who are new to the topic of reincarnation but doesn’t shy away from talking about people’s experiences connecting to the spirits of the deceased. It covers case studies about life after death experiences as well as other topics such as apparitions (where people see spirits), trance mediums (where the dead speak through a living person), and possession. The premise of the book is evidence-based and it aims to show there are many people who can and do connect with the dead as well as people with evidence of afterlife experiences.

3. Proof of Heaven by Eben Alexander 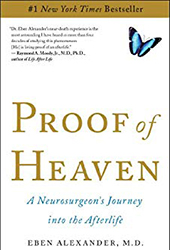 This book was sold widely because of one man’s life-altering NDE (near death experience). He was a neuroscientist and believed NDE’s were hallucinations of the mind. He himself got sick and was in a coma for days, during which time he experienced an angel, other realms of existence, and what he felt was source itself. This experience changed his life from not believing in life after death to knowing that we need to look at death as just the next step. When you read someone’s own first-hand account it helps to relate to their thoughts and surprises along the way.

4. Many Lives, Many Masters by Brian Weiss 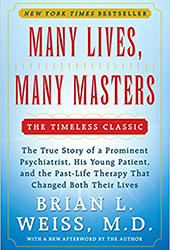 This book has worldwide acclaim for its discussion of past lives and what happens between lives. When a psychotherapist realizes he is getting information from a young patient about other lifetimes, he is turned from skeptic to believer. It’s interesting because his patient revealed information about the doctors family to him while channelling which made him realize he needed to explore the topic of reincarnation much deeper. He became the leading teacher for past life regression therapy and still teaches today. 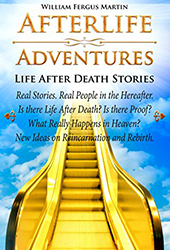 This book includes a spiritual discussion as well as first-hand accounts. This one may help answer some of your spiritual questions about the nature of the soul and how it is viewed in certain religions. It is an interesting book in that it discusses children who have died and communicated with their parents as well as people who have died of heart attacks, accidents, disease and battle. This book takes a look at the day of judgement within the context of the higher laws of the Universe. This is one of those books you won’t be able to put down.

Often as we begin to explore these deeper questions about who we really are and what may come next, we will inevitably run into religion. Religions attract spiritually sensitive people and most sacred texts report people having experiences with the deceased, angels and dream visitations. The fact that people experience life after death is very hard to ignore when you look at all the evidence. What people disagree over is what exactly happens after death because of religious differences. Life after death may still exist, even with the many different religious beliefs about the exact process or place a soul goes.

The recurring theme of life after death in religion does not refute the empirical evidence of case studies and scientific research of NDE’s. It’s merely that we don’t yet know or cannot comprehend non-linear time as humans, as well as the way in which our consciousness operates when it’s not in a body. However, even without knowing all of these details, knowing that we are on a much bigger journey than we once thought compels us to live a life of integrity, service to the evolution of all consciousness and live in alignment with a life of purpose, love and truth of who we really are.

If this topic interests you, you may be interested in studying mediumship to be able to communicate with deceased loved ones and help others in their grief. There are many world-renowned mediums who are able to bring through messages and proof that the deceased person is in the spiritual realms by stating facts about their lives that the medium wouldn’t know to their loved ones. Gordon Smith is one medium that is known throughout the world who offers training that is reputable and revolutionary. Steven Hermann has a good book about mediumship called Mediumship Mastery: The Mechanics of Receiving Spirit Communications.

Related Article: Simple Mantras For Getting Through Grief

The Phenomenal Benefits of Reading a Book

How To Notice & Quiet Your Inner-Pessimist

Back to Mindfulness: A Time-Travel Meditation To Shape Your Future

Internal Appreciation: Learning to Love Yourself When You’re Lonely

What You Need to Understand About Body Dysmorphia

Everything You Need to Know About Donating Blood